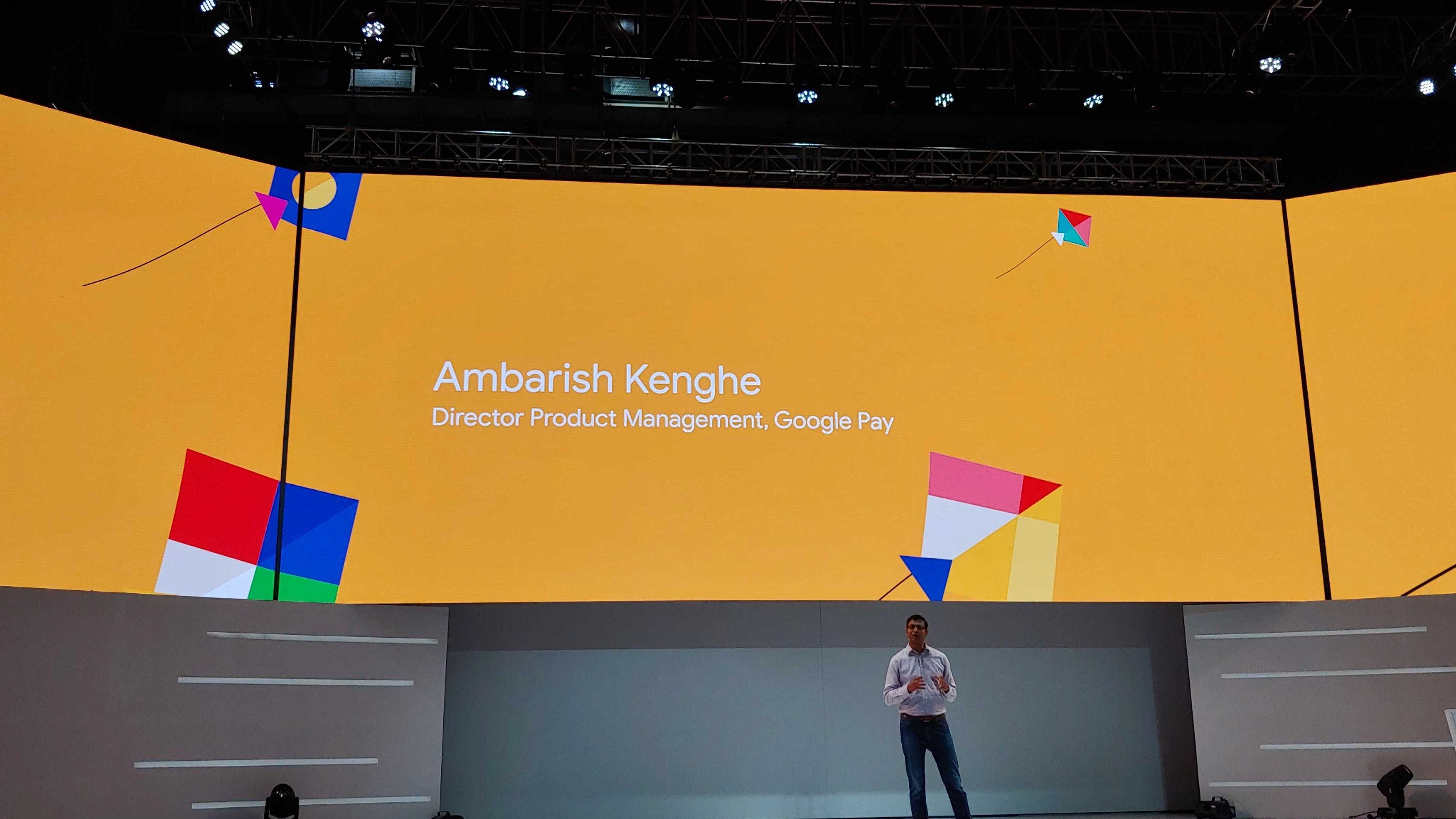 At its annual Google for India event last month, Google announced a number of new features, products, and services for the country's populace. There was a big focus on enabling its services for a larger set of users with expanded support for Indic languages. However, hiding in the plain sight among the announcements was Google's new play to become even more deeply involved into the lives of Indian consumers. The driver for this play is Google Pay, the company's payments app.

Originally launched just over two years ago as Tez – which is Hindi for fast – Google Pay has shown immense potential. At the Google for India event, Ambarish Kenghe, Director, Product Management, said that in the last 12 months, Google Pay has grown 3X to reach 67 million monthly active users, with the app clocking transactions worth over $110 billion (roughly Rs. 7,80,280 crores) on an annualised basis.

“The biggest story in India's booming internet economy has been the rise of digital payments. With BHIM UPI crossing 900 million payments last month, India is setting the global standard on how to digitise payments,” Kenghe remarked.

A large part of this growth has been driven by Indians who are accessing Internet for the first time, thanks to inexpensive data plans and affordable smartphones. Government's major push for digital payments has also helped Google Pay, and other digital payment services providers like Paytm and PhonePe.

According to an ASSOCHAM- PricewaterhouseCoopers India study, India's digital payments are projected to more than double to $135.2 billion (roughly Rs. 9,58,196 crores) in 2023 from $64.8 billion (roughly Rs. 4,59,305 crores) this year. As UPI is only one part of India's massive digital payments puzzle, Google Pay is branching out by adding support for credit and debit cards through “tokenised” cards. So, Google Pay is no longer going to be dependent on just UPI to enable payments.

With Google Pay already a leading UPI payments app in the country, Google is looking for ways to utilise this engaged user-base to get further into their lives and grab a slice of India's growing massive digital economy. The recently announced Spot platform as well as the Jobs spot are steps in that direction.

Spots, as Google currently describes them, are digital fronts for a business that are created, branded, and hosted by the business themselves, and powered by Google Pay. According to Google, Spot platform will enable “merchants to create branded commercial experiences that bridge the offline and online worlds.”

With Spots, Google is giving millions of merchants, whether they are already online or still operating in brick-and-mortar stores, a quick and easy way to get online, without the hassle involved in setting up their own online presence, payment systems, or dealing with online discovery.

This mini-app strategy will not only generate more engagement for Google Pay and increase the time spent on the app, it will also provide the company with a massive data trove of people's shopping habits. Some of this data is already coming in Google Pay when people use it to pay for their online purchases, however, Google only gets limited information about such purchases. Whereas when the consumers will do everything from start to finish of a purchase in a Spot, the company will have access to everything, and can use this data to offer even more targeted advertising.

Although announced last month, Spot platform has been in the works for some time. In fact, train ticket booking feature that debuted on Google Pay earlier this year can be called a spiritual predecessor to the Spot platform.

“We do a lot of experimentation at Google. So, if you go back months, we initially experimented with Trains, so this platform has been in the works for a while,” Kenghe told Gadgets 360 during a media roundtable. “We saw that people took it organically.”

“When the [cricket] World Cup came around, the team said we want to do something around World Cup. They said we have a game that we can customise. We created the Tez Shots game. Even before we started putting it on people's screens, people found out and they started sharing links with each other and within a matter of four weeks, more than 8 million people had played it – more than 600 million times. Everybody was playing it so many times.”

“We realised what we had already seen with Trains, Gold, and some other features that people want other use-cases because they are coming to [Google Pay] as payment use-case anyway.”

Although helping merchants set up mini marketplaces on the Google Pay is one of the key features of the Spot platform, it is far more versatile. An example of this versatility is the Jobs spot that will not only allow job seekers find new jobs but will also offer them a way to learn new skills. It is not your typical jobs portal. Jobs spot will only provide entry-level jobs and focus on recommending jobs rather than making job seekers search for them.

Google believes Spot platform can be used to enable a number of functions
Photo Credit: Google

While train ticket bookings and buying gold still have some involvement of Google Pay's primary payment function, Jobs spot has no such linkage, at least right now. This shows that Google has no qualms about putting unrelated functions in Google Pay when it believes that a certain function will be appreciated by its users and will help them keep in its ecosystem. Jobs was in fact launched as a standalone app in Bangladesh last year and then made its way to Indonesia.

Jobs is just one of the non-payment use-cases for Google Pay's Spot platform, but the possibilities are endless. Google with its products like Search, YouTube, Android, Maps, and Gmail is already a massive part of lives for the Indian users. Now, with Google Pay, the search giant is looking gain a similar foothold in the e-commerce, hyperlocal service space, and even entry-level jobs.