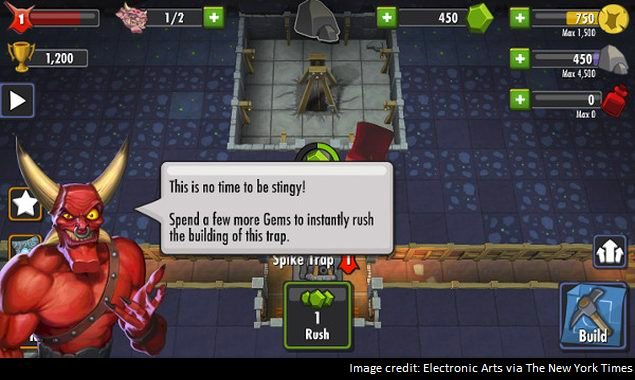 In the world of gaming, as in life, you get what you pay for.

There used to be one way most people bought video games: They spent, say, $60, and the whole experience was theirs. As mobile games have taken over the industry, though, customers have become accustomed to the freemium model. That means they pay nothing to download and play the game. If they get hooked, though, and want to increase a character's power or jump to the next level, they will have to spend 99 cents here, 99 cents there.

But the freemium model is encountering some resistance. Regulators in the United States and overseas are taking a closer look at whether some free games mislead consumers about the true costs of playing them and whether vulnerable players, like children, might be duped into spending money.

In January, in a deal with the Federal Trade Commission, Apple agreed to refund at least $32 million to consumers whose children made in-game purchases without their permission. Amazon is resisting a similar settlement with the FTC involving its tablets. And the European Commission has held a series of meetings with Google, Apple and game-makers to discuss concerns about free games. The commission expects to reveal the results of those discussions this month.

Some longtime players and game developers also worry that the freemium model is ruining the culture of gaming by nickel-and-diming players and making video games feel like slot machines.

"Even though turning a profit has always been important, it traditionally hasn't been about milking consumers for as much money as possible," said Ryan Payton, the founder of Camouflaj, a mobile game-maker.

Freemium games make money - a lot of it. Revenue in the global mobile-gaming market reached nearly $9.5 billion in 2013, up 13 percent from the previous year, according to PricewaterhouseCoopers. Most of that comes from in-app purchases - 93 percent for games sold last year in Apple's app store, according to the mobile-analytics firm App Annie.

Put together, those dollars make games the most lucrative category of apps by far.

The freemium model tested its limits this year when Electronic Arts released a mobile version of Dungeon Keeper, a beloved PC game from the late 1990s in which players fought off bands of heroes trying to steal their treasure.

The free mobile version of the game began its solicitations for in-app purchases early and with gusto. Players faced waits of 24 hours to dig out sections of earth to create their dungeons unless they spent real money to accelerate the process. A demon character taunted them to pay up.

"One of the worst examples of a cancer that is eroding the market and has already destroyed the credibility of the once promising mobile gaming sector," read one with the headline "Wallet Reaper" in The Escapist magazine, an online game publication. 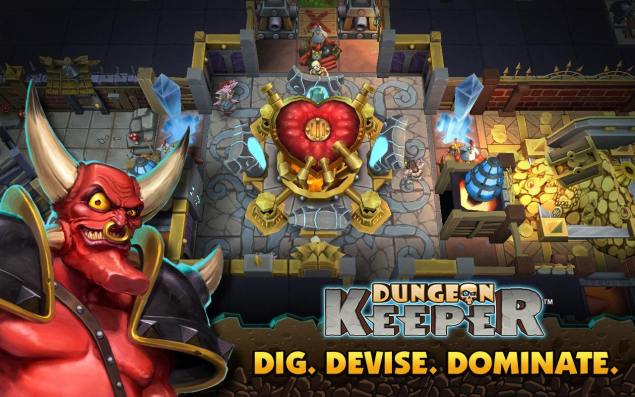 In response, Electronic Arts modified Dungeon Keeper to make it easier to progress through the game, and it lowered the cost of some purchases.

"I do believe we got some of the balance on value wrong," Andrew Wilson, chief executive of EA, said in a recent interview.

Defenders of the freemium model say criticism is driven by game developers and players who have an overly rigid view of how games should be made available. Even with all the opportunities to spend money inside free games, they say, a majority of players pay nothing.

Even critics praise some free games for mobile and PC, especially those they view as less pushy about encouraging players to spend money - like Puzzle & Dragons, Hearthstone and World of Tanks. A few mobile games, like Minecraft, have become huge hits even though they take the old-fashioned approach of charging players upfront.

"Look how bad they are," said Meade, whose mobile games, The Room and The Room 2, sold for $5 each when they were released. (As of March, the company had sold a total of 5.5 million copies of the games.) "Look at how disrespectful they are to the audience."

For years, Mikko H. Hypponen, chief research officer for a Finnish security firm, played Trials, a motorcycle racing game that he had bought for about $20, on his Xbox game console. Recently a version of Trials became available for the iPad, and he jumped at the chance to download it. But after playing for a while, he needed to upgrade his motorcycle to have a chance of winning races.

The game gave him the option of upgrading the motorcycle immediately by buying packs of virtual gems ranging in price from about $6 to more than $120. He could also upgrade the motorcycle without spending real money, but he would need to wait for a timer to tick down, which could take anywhere from a few hours to a day.

Ubisoft, the publisher of Trials, said that more than 12 million people had downloaded the mobile game, probably far more than would have done so if the company charged upfront.

"We said, 'How do we want to open the franchise up to the person who doesn't want to spend $20?'" said Chris Early, vice president for digital publishing at Ubisoft.

King Digital Entertainment, which publishes Candy Crush Saga, a wildly successful game that involves arranging identical confections in a row, has said 3 percent of its active monthly players spend money in its games. The number of paying players is still very large - in the first quarter of the year, almost 12 million a month, who on average spent about $18 a month in King's games, according to the company's most recent earnings report.

"We make games that people love to play and are fun - whether they choose to pay or not," said Sebastian Knutsson, chief creative officer of King.

Other fans of free games have said they are not so different from full-size arcade games, the kind that required a constant feed of quarters to keep playing. But Hypponen, who collects vintage arcade and pinball machines, pointed out that arcades do not interrupt players midgame to make them stop and wait or pay up.

Owen Mahoney, chief executive of Nexon, a company credited with pioneering the concept of using microtransactions to make money in free games, said many game companies were simply too aggressive, comparing their behavior to pushy waiters trying to persuade diners to buy a more expensive dish in a restaurant.

"The No. 1 job is not to monetize," Mahoney said. "It's to keep the user coming back for years or months on end."