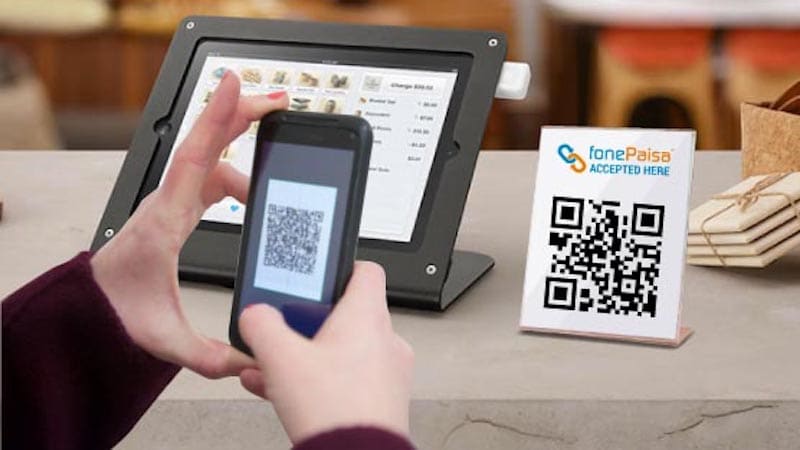 One of the big challenges around digitisation of payments today is the general lack of interoperability between platforms. If your money is in your Paytm wallet and the seller is on MobiKwik, you're out of luck. UPI aims to fill that gap in some ways, since all you need to use it is a bank account, but that still doesn't solve the problem of mobile wallets. This is one of the problems mobile point of sale (mPOS) systems are trying to solve.

FonePaisa is one of the established players in India’s payments space, and its founding team has been in the payments business for decades. Gadgets 360 recently caught up with Ritesh Agarwal, the CEO and one of the founders of FonePaisa, and he was quick to establish the credentials of the founding team.

"We are a three-member team on the founding side," he says. "Sharad [Hegde] was the first employee at Infosys, and the CTO there. He's the godfather of Finacle [a popular banking platform used by many Indian banks]," Agarwal adds. "Prasad [CS Prasad Subramaniam] was the head of engineering at Finacle, and I come from ICICI bank."

"When we got started in 2014, we wanted to look at the opportunity around mobiles and payments. It was hardly regulated, and UPI was still a concept at that point," he adds. "What we did was build a solution where the merchant could do away with the EDC machine." The EDC machine, also called a POS terminal, is the machine where your card is swiped when you pay using a debit or credit card.

FonePaisa's solution was to move the transaction to a mobile app, which allows the user to pay not just by card or cash, but also by all leading mobile wallets, and by net banking. "It could be link-based, QR code-based, on-demand, deferred payments," explains Agarwal. Different types of merchants can get different solutions customised as per their needs.

Having a company like FonePaisa (or one of the others in this space) is important for merchants as it enables them to more easily support the customers' needs.

"Instead of having a dozen apps, the merchant just uses us. Our focus is to acquire and serve merchants, because the consumer does not belong to anybody," says Agarwal. "These companies [wallets] are burning money, but not even a single consumer is loyal. If another wallet gives a higher discount, they will switch."

"You have the elephants - the big chains like Shopper's Stop, or Reliance Retail - and you have the goats, who are smaller, and the rabbits, the mom and pop stores," Agarwal says, talking about the businesses FonePaisa works with. "Our sweet spot is the goats, the merchants with two to ten outlets in a city. Not a national phenomena but a good brand. So we have TTK Prestige, we have Talwalkars, Snap Fitness, Ammi's Biryani, Sangeetha Mobile, Sweet Chariot, these are some of our Bangalore [Bengaluru] merchants for example." All told, around 2,500 outlets across India use FonePaisa, the company says.

"For the consumer, we do everything from the browser," he adds. "You can scan a QR code through the browser to make a payment over the Internet. We have removed the need for any consumer-side application. In the future, applications are dead, payments will not be made using any application. Even the shop, since it can be just a QR code, doesn't have to be dependent on any app."

This is something a number of companies are now deploying though merchants, and as a result, each company's ability to earn on each transaction also gets lowered. That's why B2B transactions are important, says Agarwal.

"Our B2B product is about digital collections, and reconciliation," he explains. "Let's say you're the head of accounts for a cement company. You have so many distributors around the country. So there will be multiple invoices open for these distributors to pay."

"Now let's say I am one such distributor, and I have five or six invoices open," Agarwal adds. "Now my accountant decides to club three invoices and send an NEFT payment. Now, you will get the payment. But my accountant will realise that 100 cement bags (across the three payments) will be spoiled, so he's made deductions. Now you have no clue about what deductions were made, and why."

With FonePaisa, Agarwal explains, the different companies must all use the application and this allows for instant accounting - all invoices are kept on a single platform, and all reconciliation happens in real time, instead of delays and confusion.

Going forward though, Agarwal believes UPI is going to have an important impact - even as he says that FonePaisa is agnostic to it.

"Today, you may be using a product for a specific touchpoint, like Paytm for Uber," he says, "but our merchants are absolutely agnostic to technology, we are agnostic how how many payments banks are launching, how many are returning their licenses. UPI is good for the country, it's much required to streamline things."

"If tomorrow, Post Office also launches its own wallet, with us, it'll be integrated overnight," adds Agarwal. "We are like a DTH provider, and all of these are the channels you serve."