Billionaire Brothers From India Build System to Take on Slack 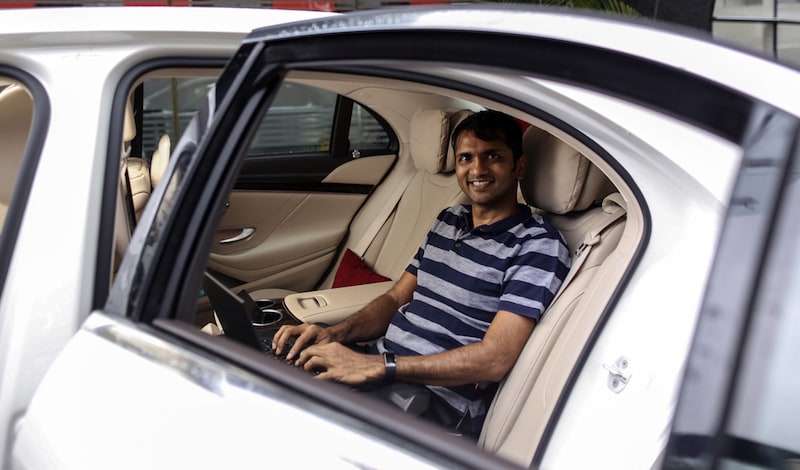 A teenage entrepreneur who became a millionaire by 20 before sharing a billion-dollar fortune at 36, Bhavin Turakhia isn't afraid to think big. Now he's putting $45 million of his own money into building a rival to Slack and other office messaging platforms.

Flock, a cloud-based team collaboration service, has attracted 25,000 enterprise users and customers including Tim Hortons, Whirlpool and Princeton University. It's a market that has already drawn interest from global technology giants Facebook, Amazon.com and Microsoft.

This time last year, few had heard of Bhavin and his younger brother Divyank. That changed when they sold their advertising technology company Media.net, with customers including Yahoo, CNN and the New York Times, to a Chinese consortium for $900 million. The all-cash deal catapulted the duo from mere millionaires into the ranks of the super-rich.

"I want to make Flock bigger and better than anything I've built before," Bhavin Turakhia, wearing his signature dark Levi's T-shirt and Puma sweatpants, said at his Bangalore offices.

While the brothers built up Media.net together, Bhavin is now driving Flock personally while Divyank focuses on growing the advertising business under its new owners.

Flock is pitched as a way to share ideas in real time while doing away with communication hierarchies, at a cheaper price than rival services. Its free version integrates tools like a to-do list and a polling app that teams can share with each other while also allowing users to summon an Uber or take part in audio and video conferencing. Popular apps like Trello, Twitter, Mailchimp and Google Drive can be combined with the platform, he said.

Flock has set its sights on disrupting a segment where Slack and Microsoft have staked out claims, said Neha Dharia, a senior analyst at Ovum and its global specialist tracking business collaboration and communication products. Flock's monthly charges are $3 per user for its premium version while Slack's per-user charges start from $6.67, according to its website. Both offer a free plan.

"As the collaborative messaging space gets hotter, Flock is pricing itself aggressively and fighting for market share," said Dharia, who said it's too early to know if it can become a giant killer. "Turakhia will have to keep innovating and integrating technologies like artificial intelligence to keep up with bigger competitors."

The entrepreneur's casual dress is no sartorial quirk. His wardrobe consists of 140 identical outfits to do away with frivolous decisions, like choosing what to wear or eat each day, to make him more productive elsewhere, he said. A set of formal clothes is kept in the office for government meetings and client dinners.The Turakhias were born and raised in a middle-class Mumbai family and their father was an accountant. Bhavin, who is two years older than Divyank, started programming at the age of 10 and would devour computer text books and even tutor his teachers in advanced programming languages. To understand his idol Bill Gates' strategy, he read a dozen books about the Microsoft founder and would eventually get an engineering degree.

The brothers bootstrapped the Directi Group with a $500 loan from their father when Bhavin was still 17, buying server space and domain names in the US In 1994, it became India's first accredited domain registrar and a decade later sold four product companies to the US-based Web hoster Endurance Group for $160 million.

Bhavin Turakhia has taken his mantra about productivity to other parts of his life by replicating his workspaces at home and in offices in Mumbai, Dubai, London and Los Angeles, right down to the same standing desk and custom-built chairs. To wring more out of his commutes, his cars are fitted with bespoke desks.

His portfolio now consists of five companies besides Flock, including domain name registrar Radix and Codechef, a competitive programming platform that helps students and professionals test and improve their coding skills. Each are independent entities of Directi and are incorporated in the US, Dubai and UK.

Like the Turakhias' previous startups, Flock doesn't have a single dollar of debt or venture capital. That contrasts with four-year-old Slack, which is backed by SoftBank Group and Accel Partners and was last month said to be raising $250 million at a valuation of more than $5 billion.

"It is the best way for them to get started and learn, and Chinese entrepreneurs too got their start by copying and now they are innovating," said Wadhwa, who expects Indian entrepreneurs like Turakhia to challenge established rivals.

Criticism about being a copycat doesn't faze Bhavin and neither does Slack's high profile investors and lofty valuation.

"I've always arrived late to segments: I was eight years behind the rest of the market in web hosting and 10 years behind in contextual advertising but my startups worked their way into the top five," he said.