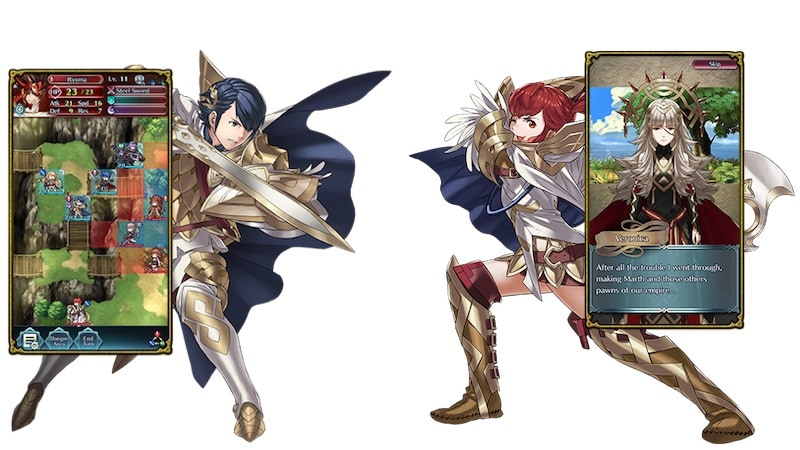 Nintendo's Fire Emblem Heroes is a fun free-to-play game with way too many items and things to remember, and that can bog down new players. Before you know it, you could end up with level 20 heroes who can't progress any further as the enemies are just too strong. After Super Mario Run, this is the Japanese game giants second game for smartphones, and if you're just getting started, we can help.

Over the course of playing, we've discovered several tricks to boost our rate of progress that we wish we'd known when we started. If you're getting started with Fire Emblem Heroes, these tips will help. Even if you have started playing, you can always restart the game if you've hit a wall, and use these tricks to boost your stats.

Upgrade your castle
The game has a number of different currencies, but the key to it all is orbs. This is the main currency of the game, which you earn by clearing levels, and completing milestones. To progress quickly, it's important to have the right strategy for spending orbs.

Upgrading your castle is perhaps the most important way to spend orbs. Tap Shop, and select Upgrade Castle. This gives you a big bonus on experience gained. For a 20 percent boost you need to spend one orb, and then you can spend two more for a 40 percent experience point boost. This goes up all the way till 100 percent for 10 orbs. We recommend a minimum of 40 percent experience boost, to help level your heroes more quickly and efficiently.

Stockpile orbs
As we mentioned, spending the orbs properly is the key to progressing quickly through the game. Don't just spend your orbs at random, and look for ways to stockpile your orbs. There are a number of different things you ca do to maximise the number of orbs you get.

Link your Nintendo account to get 10 extra orbs. Clearing story maps gives you one orb per level. The entire game revolves around orbs so it's best to stock up every last one of them especially if you don't intend to purchase these with real money. You also get random log in bonuses so just open the app every day and check the home screen, to get an orb or two.

Summon heroes
Now that you've gathered as many orbs as possible, head to the Summon screen. Here you can summon heroes. In one session you can summon up to five heroes. The first hero costs five orbs, and the cost goes down to three orbs by the time you summon the fifth hero. For this reason, it's important to stockpile orbs and then summon five heroes at a time, to reduce the total number of orbs you'll be spending.

Fire Emblem Heroes uses a lottery mechanic when summoning heroes, so you don't know whom you're getting, or at what level. If you get lucky, you'll summon a five-star gold hero - these are the most valuable characters in the game.

Boost heroes
Even if you don't get gold heroes, you can do well with bronze or silver heroes. Once they get to level 20, you can use coloured badges and feathers to upgrade them to five-star heroes. You'll need a lot of these though - for instance, a three-star to four-star upgrade will set you back by 20 badges, and 2,000 feathers. So, be sure to keep stocking up on these by clearing quests, duels, and training stratums (what the game calls stages).

Speed matters
If you're new to the game, you might be tempted to focus on upgrading your attack and defence. After all, a tougher hero is a better hero. But attack and defence aren't the only important stats. Speed matters too. If your character is much faster than the enemy, you get to attack twice in the same turn. This gives you a big advantage in close fights.

Equip skills
Each hero has three skill slots that let the character deal some extra damage. Slot A usually deals additional attack damage, while slot B weakens the enemy, and slot C usually restricts enemy movement. Tap Allies and Learn Skills. Heroes like Takumi get insane counterattack damage through skills so be sure to check this for all your heroes.

Skill points
To equip skills you need skill points, which are gained in battle. In case you have a very high level hero, try to avoid killing low level enemies, as this doesn't give you much experience. Instead, use your low level heroes to land the killing blow. This gives them skill points that are essential.

Balance units
Don't charge in with four red tanks (characters built for physical combat). Ranged units such as blue mages could destroy you in seconds. Instead look for an optimum balance - one character each of the three colours, and a ranged unit.

Mages matter
Archers are excellent, especially if you have Takumi with his counterattack skill enabled, but mages are better against enemy tanks. Be sure to level up one mage so that eventually when you meet armoured knights, you'll be able to handle them easily.

Heroes reward you
Keep going to the home screen, where your heroes hang out in the castle, and tap heroes with hearts floating above them. These heroes reward you with in-game items. It might not be much, but it can be helpful to tip the balance in your favour.

These are our best tips for beginners playing Fire Emblem Heroes. Which are yours? Let us know via the comments.