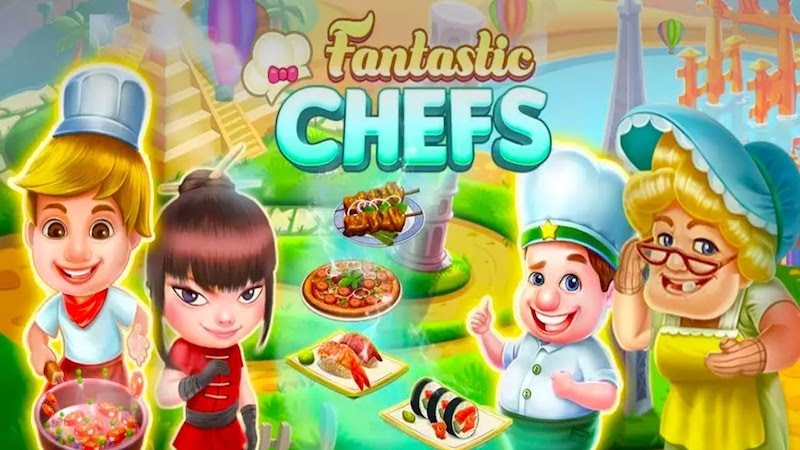 Developed by Udupi-based 99Games, Fantastic Chefs for iOS and Android is one of the few fresh takes on the puzzle game genre made popular by Candy Crush Saga. It’s the company’s follow up to Star Chef, a restaurant simulation game. While it would be easy to categorise Fantastic Chefs as yet another match-three game, there’s more to it that meets the eye thanks to attention to detail. Gadgets 360 spoke to the development team behind Fantastic Chefs to find out its inspirations and what went into the game's development.

What struck us while playing Fantastic Chefs is its strong writing with colourful character descriptions and a rhyming scheme to go with it. 99Games claimed this was a perfect fit for the core idea behind the game, as well as its focus on chefs aplenty that grant users different bonuses.

“When building Fantastic Chefs, we had one thought - ‘Anyone can cook. A great chef can come from anywhere’,” says Neale Saldhana, Senior Copywriter, 99Games. “‘Anyone can cook’ gave rise to the thought of having many chefs, and a great chef can come from anywhere made us tap into exotic parts of the world that can be recreated for players to genuinely feel they belong.”

Building on this thought, Saldhana states, was necessary given the limitations associated with the genre.

“With the puzzle match genre being quick and limited with grabbing attention spans, our hook is a story of quirky chefs,” he says. “Once we defined what the personality of each chef was going to be, we had to maintain some form of culture and consistency. Each chef would unlock in one particular map and have traits associated with the people of that area, so we took those elements into that write up. Once we had that written, we didn't want the write up to be stilted, we had to make it sound quirky because that's the tone the game is in, once we had that figured out, it just kept flowing."

Another interesting feature is Fantastic Chef’s gameplay that allows you to line up items of the same colour in any direction. This was done to give players freedom to use different ways to complete a level.

“When we conceptualised the game we first thought about going with a line-matching game instead of the system as you see in Candy Crush Saga,” opines Souvik Biswas, Game Designer at 99Games. "The purpose of doing this is to give you control over any direction you want to make a match. It adds to the variety of gameplay and gives you freedom in applying a strategy to beat a level or using boosters to achieve his goal."

Taking Fantastic Chefs from concept to release was far from easy. You’d think it would be given the number of puzzle games on the market providing a safe blueprint for success, and the team admits the process was tougher than they initially imagined.

“We underestimated this genre,” Shilpa Bhat, Vice President at 99Games tells us. "It ended up being more challenging than we thought in terms of maintaining retention and high KPIs. That's why this game was in soft launch for over eight months now.”

“That's a trend worldwide even Brawl Stars or EA Sims mobile if you see, it has been in soft launch for over eight to 10 months has become common standard right now and probably due to the competitive nature of the space,” she continues. “The KPIs [key performance indicators - measurable values or metrics that developers use to see how well their games do] we were looking for two years ago have aged badly now. Early day one retention of 30 to 35 percent would have worked beautifully, but now the day one retention is 50 percent if you're expecting a very good monetising game. The expectations are higher.”

A crowded marketplace and higher expectations that come with an evolving audience aside, user behaviour in a puzzle game differs greatly from the simulation fare 99Games is used to developing.

“The kind of player behaviour we see in a puzzle game is different from a simulation game so when we started this game, it was flooded with a lot of swipe games like Candy Crush Saga,” Bhat admits. "The line-matching mechanic we’ve used is not very new. Jelly Splash used a similar mechanic in the past. Now not too many games in the market do that. We felt there's going to be a niche area and we're going to target that genre, but we did have challenges in retention which is what we realised in soft launch."

She explained that one of the major challenges was the team’s vision of going with the aforementioned line matching mechanic as it was at odds with simpler gameplay popularised by the likes of Candy Crush.

“It wasn’t easy to retain users here versus other titles,” she says. "We had a lot of design changes and finally we're at a stage where retention and KPIs look good. This way the line-matching mechanic can still work compared to other games. It adds to the uniqueness also, in the beta feedback users find it refreshing versus any other game. Other titles are similar to each other, so we stand out, which is encouraging."

However it’s not all alien territory for the team. Thanks to its work on Star Chef, it’s been easier to devise and roll out post-launch content such as in-game events. Unlike industry darling Fortnite that requires you to update the game for each new event such as its crossover with Thanos, Fantastic Chef won’t need you to download additional data to check out Fantastic Chefs' limited time offerings.

“There’s an event systems built-in which allow us to run live operations without having to update the game,” Bhat says. "A content plan is in place for six months post-launch involving such events as well. We've seen a good response from players and payers on doing so in Star Chef."

The Story Behind One More Run, a Cricket Game With No Batting or Bowling

We had to ask if the studio has plans to incorporate functionality exclusive to the iPhone X in any way. Aside from “utilising screen space to give the best gameplay experience on the iPhone X”, she did mention that the game has some iOS-exclusive features such as iMessage stickers. There’s an Apple Watch version of the game that is a standalone app that “helps players to earn earn extra lives for their main game."

The conversation shifts to monetisation. At the moment, there’s the usual mix of one-time micro-transactions, a subscription option for daily bonuses, and ads. We wondered if the team would consider an approach similar to PUBG Mobile’s Royale Pass or Fortnite’s Battle Pass wherein cosmetics would be doled out for completing specific challenges or events. Turns out 99Games was looking at something a little more complicated that didn’t fly with its predominantly female audience.

“We wouldn't compare ourselves to those games because of the difference in psychological profiles of the target audiences,” Bhatt says. "It’s more about the pride of seeing yourself in a great avatar in those titles which is not here. We have experimented with monetisation. We did have some sophisticated card mechanisms but it didn't work with our women audience so at some point in soft launch we dropped it all together and simplified the entire chef evolution process”.