Providing the entertainment for the home-bound are software developers such as Jackson Owens who maintain free copycats of the games. 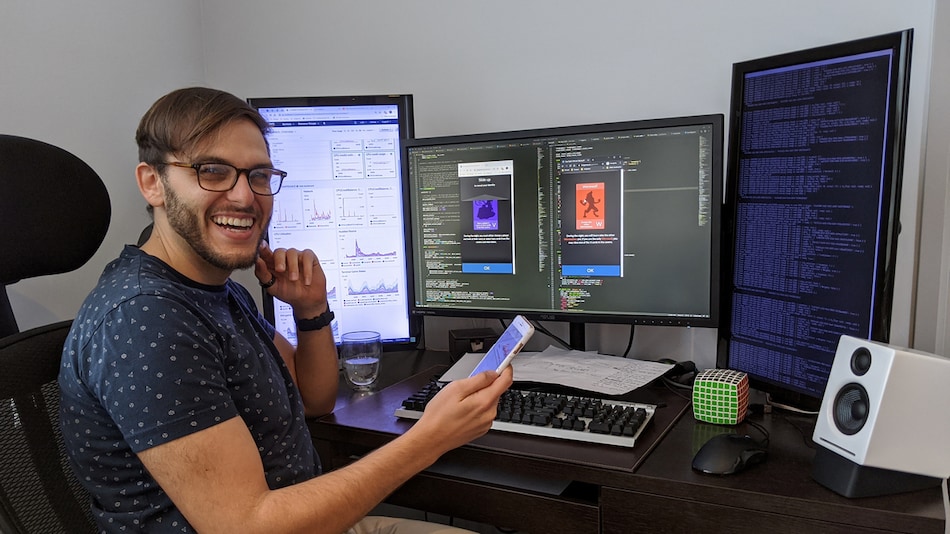 Fans of popular group card games including Codenames, Spyfall and Cards Against Humanity have turned to playing unofficial online versions during video conferences with friends, as coronavirus restrictions prevent them from meeting up in person.

Providing the entertainment for the home-bound are software developers such as Jackson Owens who maintain free copycats of the games. Their obscure websites exploded in usage last month when social distancing measures locked Europeans and Americans at home and forced them to take dinner parties and happy hours online.

The websites deliver comfort entertainment in a novel setting, as one person can launch a game and share their screen through video chat to make for a virtual coffee table.

Hobbyist developers including Owens opened their wallets and weekends to keep their websites from crashing, not wanting to let down players in Italy, the United States and other countries under widespread lockdowns.

For legal and personal reasons, the developers have eschewed showing ads or collecting personal data to make money. Some websites are allowed under game publishers' permissible licenses, while others operate in a copyright grey area.

Codenames publisher Czech Games Entertainment said it has been consulting with its attorneys about unofficial online games, but declined to elaborate. It plans to release its own online game by the end of April.

Cards Against Humanity LLC and Spyfall makers Cryptozoic Entertainment and Hobby World did not respond to requests for comment.

Owens, who works at a New York City startup, built Horsepaste in 2016 to display words on a big screen because reading physical cards from various angles around a coffee table had proved awkward.

"As long as people are using it, I feel good about maintaining it," Owens said.

Netgames.io, which offers location-guessing game Spyfall and five others, drew 100,000 visitors last month, 20 times above normal. Its developer Luke Tsekouras spent last month correcting basic development mistakes made years ago when he just wanted to play on outings without lugging around cards.

He may show ads if usage sustains, he said.

"Every weekend has been a new wave of traffic," said Tsekouras, an engineer at Google's Sydney office. "It makes me happy knowing that I'm enabling fun around the world."

Kosmi, which offers poker and soon Cards Against Humanity alongside built-in video conferencing, is drawing 27,000 users per day, up nearly 10-fold from February. Berlin-based developer Haukur Rosinkranz said monthly server fees rose equally to $350, but a campaign using fundraising service Buy Me A Coffee brought him $1,200.

Buy Me A Coffee said daily total funds raised rose 80 percent on its service during March, as developers with coronavirus-related projects flocked to it.

"There's been a few sleepless nights when I've been sweating to get the servers up, but it's pretty good now," he said.