Facebook acquires WhatsApp: Why the messaging app is so popular in India 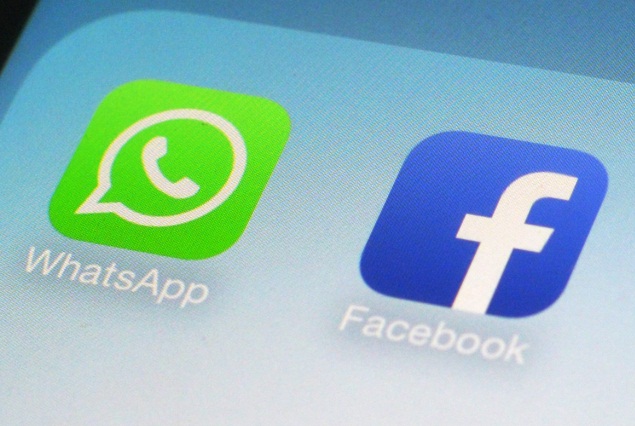 While much of India slept Thursday morning, one news of a big-time sale spread in minutes through the country, on Facebook, Twitter and WhatsApp, long before the mainstream media picked it up. Facebook was buying WhatsApp for $16 billion in stock and cash, going up to a likely $19 billion with restricted stock options.

That's a company with just 55 employees. But it has 450 million active users (heading to a billion) resulting in a valuation of over $40 a user - about the same level per user that Hotmail was acquired by Microsoft in 1997.

You might find the level of interest in India in this sale odd, given that no Indians are involved in key positions in either company. The answer lies in what unites the two services - they're by far the top two drivers for mobile Internet adoption in India.

I first heard the news at 5 a.m. this morning, minutes after it broke, on a WhatsApp group I'm a member of. I switched to Twitter for confirmation, and then to Wikipedia, which of course already had details of the sale 10 minutes after it happened.

Facebook has close to 100 million active users in India, and nearly seven out of ten of them are mobile users. It's been a key driver of mobile Internet access - which accounts for 90 percent of the nearly 200 million Internet users reported by the regulator, Telecom Regulatory Authority of India (Trai), late last year.

There are no India numbers for WhatsApp, but based on the number of smartphones in India and a rough sampling of usage, it's probably at nearly half the Facebook population. One liming factor is that it only works on smartphones, while Facebook cracked that barrier with its 'Facebook for Every Phone' app.

(Also see: Facebook for Every Phone now available in Hindi)

Meanwhile, WhatsApp has been the top driver for smartphone penetration in India. Together, the two add up to a potent army driving up connected smartphone usage in India.

'No Ads, Games, Gimmicks' - Why is WhatsApp so popular in India?

The big appeal of this instant-messaging app that works across all smartphones was that it was nearly free - barring the low cost of a basic mobile data plan - unlike SMS text. WhatsApp did to SMS what Skype did to international phone calls.

WhatsApp now packs in more features, while remaining clean, fast, simple. It's the preferred way to share multimedia now - pictures, audio and video. MMS - a version of SMS once used for multimedia - is dead.

Its most popular feature today is its handling of groups. That one thing takes it into the realm of social media. WhatsApp groups are the new social groups in India. I'm on 'only' four WhatsApp groups - a family group, a group of parents of my daughter's classmates, school and college alumni groups - apart from transient small groups created on the fly ("Friday Dinner Group"). The average schoolkid today - many of whom are by choice not on Facebook - belongs to at least a half-dozen WhatsApp groups.

WhatsApp is a clear leader in mobile messaging in India, as it is in Europe and Latin America, as Facebook founder Mark Zuckerberg pointed out in a recent investor call. A big reason for this success is the inflexible focus by the two founders of WhatsApp, very much like Google's focus, on speed and simplicity.

The company's product philosophy, scribbled on a cheap notepaper by its American co-founder Brian Acton and pinned on Ukrainian co-founder and CEO Jan Koum's desk, says it all: 'No Ads, No Games, No Gimmicks'. The two were colleagues at Yahoo.

India's many WhatsApp users are hoping that Facebook - full of ads, games and gimmicks - allows the instant messaging service to stay the way it is: Simple, clean and fast.