Can 'Pay Later' Services Do What Credit Cards Couldn't in India? 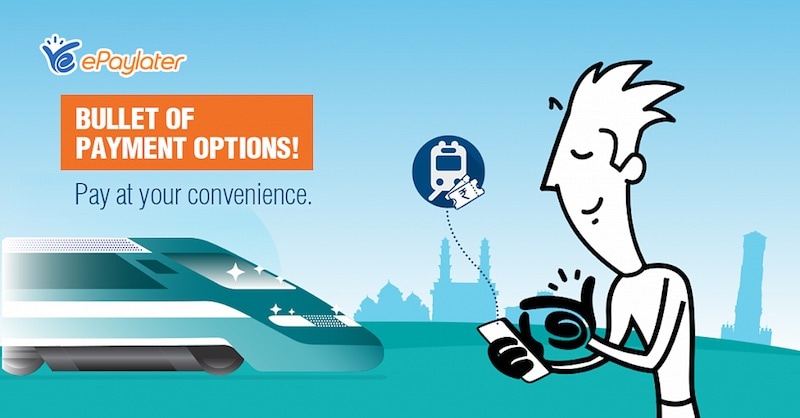 From an interesting idea available at just a few merchants, "pay later" services are now becoming widespread, with a wide array of options. Earlier this year, Mumbai-based ePayLater enabled the feature for railways-booking website IRCTC, perhaps the biggest online merchant in India. Beyond that, we've seen companies like Simpl grow and add more merchants, while the likes of Flipkart and Zomato are also adding support.

The idea is of course to reduce the dependence on cash on delivery for e-commerce, but there's the added benefit of providing a small line of credit to individuals. Simpl maintains that it's not a credit product, but about convenience. ePayLater, on the other hand, sees itself as being about three Cs, according to co-founder Aurko Bhattacharya - Cashless, Convenience, and Credit.

"We rolled out our first product in February 2016, with one of the online organic grocery stores in Chennai," explains Bhattacharya. "CoD [Cash on Delivery] was the number one option but it's a very expensive option. We were offering the same benefits that CoD offers, people can get the goods first, before they pay the money."

In fact, Bhattacharya says that the merchant saw a drop in CoD volumes, a pattern that's been repeated several times now. "With e-commerce, there is full convenience at the time of choosing goods, but this is lost at the time of payments," he adds.

Of course, the addition of IRCTC to ePayLater's roster of merchants had a huge impact for the company. "One of the biggest testimonies to [the convenience of ePayLater] is Tatkal booking," says Bhattacharya. "A little below 50 percent of all tickets being booked are Tatkal tickets, and in Tatkal, at 10AM, you need the transaction to go through very quickly and very reliably. We get it done in two seconds."

These bookings now make up the bulk of ePayLater's transactions, he adds, because of the large size of the IRCTC platform. He also points to user guides on sites like YouTube where people have put up videos showing how to book Tatkal tickets using ePayLater. "We haven't created a single one," says Bhattacharya.

Credit cards never took off in India
That India has relatively few cards, and that the number of debit cards is far greater than credit cards is well known. As a result, credit at the point of sale is severely limited in India, and Bhattacharya says that pay later services are an important platform for bringing more people into the credit system.

"If a guy who has never available of credit before pays on time and displays good financial behaviour, he starts to look like a better candidate for a bigger loan from a bank later on," says Bhattacharya. "Banks take an inordinately long time to approve - even credit cards, who call you up again and again, they will take around two weeks to approve the credit after you say yes - and in our case the entire on-boarding and approval happens in an instant."

"Our algorithm crunches a lot of data that we can pull from our customers and arrive at a decision very quickly," he continues. "So this is a digital credit solution for customers, as credit cards become a thing of the past. Convenience has - to a large extent - been answered by wallets and UPI, but that's not the case for credit."

To make the decision to extend credit - which is a small amount (typically under Rs. 5,000 to start), for a short period (of two weeks) - the company is looking at a lot of different parameters. It's all going to be publicly available, Bhattacharya tells us, adding that things like your transnational data with each merchant, your credit bureau data, and device information, along with your social media profiles, are some of the different data points.

"We also assess how old your email ID and phone number are, to determine how trustworthy those are," he says. "We also use machine learning algorithms that are continuously learning your behaviour across merchants, giving us data that individual merchants or the banks don't have right now. A lot of this is non-traditional in nature, and banks are waking up to this aspect only now."

Where others are touting the convenience of bundling all your bills and faster checkouts, Bhattacharya stresses the credit aspect, and points out that Rs. 5,000 is a low-value transaction on the platform, and the limits will frequently go higher for returning customers. "There are two main use cases - convenience, and credit," he says. "For the most part, getting things together in one place will be convenient, but purchases in the range of Rs. 4,000 to Rs. 5,000 will also sometimes fall in the credit process."

In his estimation, people may use ePayLater to bring all their lunch bills together into a single payment; or to cover a visit to the movies with friends, which can be paid back after the end of the month.

This seems to be working, as the number of people who haven't completed repayment within 30 days is less than one percent, Bhattacharya claims, adding that the typical repayment occurs in about nine days. "It's a testimony to the fact of how appropriate the solution is, in terms of both reliability and convenience," he says.