Dating in the Time of Coronavirus: Chat Online, Meet Much Later

Joking about the coronavirus has become popular on dating sites as well. 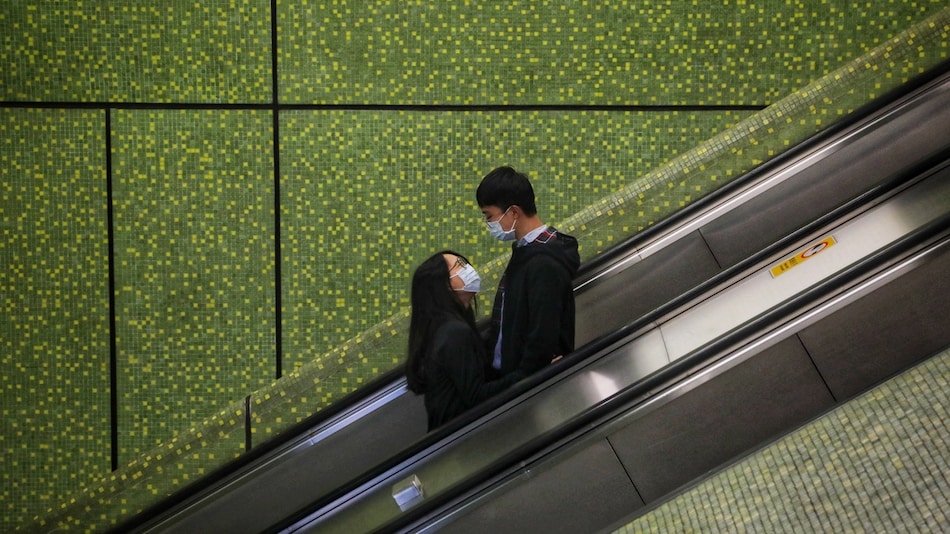 With governments clamping down on social interactions to contain the coronavirus spread, dating sites are discouraging dates and asking users to get to know each other virtually instead.

"We don't know who needs to hear this, but now is NOT the time to go out with your date to a bar," leading match-maker OkCupid tweeted on Monday.

Dating sites contacted by AFP refused to divulge their traffic since COVID-19 starting shutting down US cities this week but it appears their usage is far from slowing.

Even if some academics would like them to suspend their activities entirely.

"It's time to shut down Tinder and all online dating services," tweeted US writer Matt Stoller.

"No more Internet-enabled interactions among random people until the #coronavirus crisis has passed," he added.

Joking about the coronavirus has become popular on dating sites, although not necessarily effective at endearing matches to each other.

"If someone seems like they're not taking the crisis seriously or they're making fun of it for me personally that's a turnoff," said comedian and author Lane Moore.

She helped created the show "Tinder Live," in which she interacts with matches in real time, and thinks coronavirus could be an "opportunity" for people to bond.

"I'm talking to a guy right now who I met on Tinder Live and we're both talking about how this coronavirus COVID-19 stuff is impacting our lives so that can be a good way to know somebody," she said.

Moore, from New York, says many of the men she meets on Tinder want to cut the conversation short and jump straight to meeting in the flesh.

She thinks it's a good thing that now men are being forced to chat more first.

'One-word answers'
"That's something that women have always wanted because it's an opportunity to meet someone you like the first time but also try to make sure that they're safe," Moore explained.

"This is going to be important for us to think outside the box in crazy times like this," said CEO Dawoon Kang.

CMB is also organizing an online group discussion, which it has never done before.

Yale University student Ileana Valdez and five friends spent just a few hours setting up a dating site for students whose classes have been cancelled and campuses are deserted.

The site, OKZoomer, a nod to the popular expression "Ok boomer" which millennials use to refer to older people, picked up 6,500 users in less than a week, according to Valdez.

"Social distancing allows us to focus on conversations and building up existing and new relationships," the computer science student told AFP via email.

She feels that the big dating apps are focused on "hookups," and argues that OKZoomer sets the ground for "meaningful relationships."

For example OKZoomer's algorithm does not prioritize proximity, unlike most major dating sites.

Other sites are emerging too, such as "Quarantine Together," whose slogan is "Get close even when you can't be close."

Moore, the comedian, isn't convinced that the coronavirus will spark a dating revolution though.

"I can imagine that once all of this settles down the men who don't really want to be having a conversation will probably go back to one-word answers."