Cureity Wants to be the 'Sodexo' for Your Medical Expenses 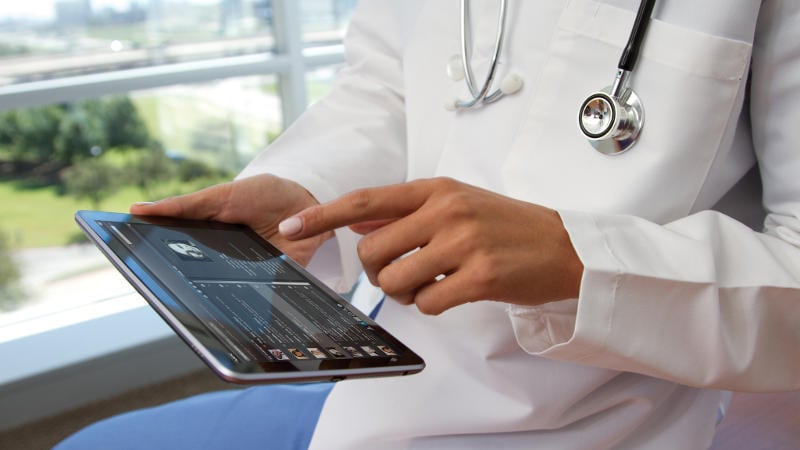 Last month, Practo announced its new platform Trinity to provide cashless coverage for OPD visits to the local doctor. The idea is really interesting, because OPD care - when you visit a doctor for an ailment without being hospitalised - in India largely falls outside the net of formal insurance.

However, with the new app by ICICI Lombard - Practo’s launch partner for the project - you can book an appointment, and then automatically file and get your claim processed in real time. That sounds great, but the limitation is that the clinic has to be on Practo's network, which may severely limit your options depending upon where you live, or if you have a preferred doctor - like most of us do - who isn’t pat of the network.

That leaves a gap that a Delhi-based company called Cureity wants to fill with a prepaid card that you can use at any doctor or chemist, with the claim being authorised in real-time while you're on the spot. Gadgets 360 caught up with Karan Vijay Singal, co-founder Cureity, to talk about how this would work, and how the company plans to grow.

Unlike Practo, which is building a platform that any insurance company can plug into, Singal says that Cureity is looking to offer its technology as a solution that different insurance companies (or employers) can integrate directly. "They can put our name, as in 'powered by…'' or we can white-label it for them, that's not the important part," he says. "We are interested in making the claims experience as simple as ordering food."

Over time, Singal adds, he believes that the network based approach will be a stronger overall experience, but Cureity exists to fill in the gaps that currently exist in the model.

"We can process low value, high-frequency OPD claims in under five minutes - it is actually much faster but we don't claim that because the Internet connection can be slow,” he says. "The customer goes to the doctor and then just snaps a picture of the prescription and the invoice, and we run it through our algorithms and validation data to report to the insurer and adjudicate the claim in real time."

Once the claim is given the green light, the patient will be able to use a card to pay, which will work on any PoS that accepts Visa, Mastercard, or Rupay, according to Singal, and you will only be able to use the card at a designated medical facility, so the money once transferred cannot be used for non-medical purposes, he adds. It sounds a lot like the way employee benefits cards, such as Sodexo, Niyo, or Zeta work.

The card would be a prepaid instrument (PPI) issued by Cureity's banking partner, which could only be used for transactions that are approved through an app, Singal explained. This would automatically prevent misuse, and the authorisation wouldn't require any human intervention so it would not take time either. As a PPI, it would need KYC authentication, and there would be a Rs. 10,000 limit, but Singal says that these are not limitations. "We are integrating with insurers in a way that the KYC would be done as a part of the insurance onboarding and fulfilment process," he says, "and the Rs. 10,000 limit is fine because in one month for OPD most people do not need more than that. Any coverage that gives you a limit of more than that would have huge premiums anyway, so it wouldn't make sense."

Although he's reluctant to reveal the 'secret sauce' of the algorithm, Singal tells us that the data is authenticated by cross-referencing it against over 100 public and private databases, looking at details such as the issuing doctor, the medicines being prescribed, user related details, and much more. "One of the biggest problems for insurers has been no real way to determine the probability of fraud and abuse in medical claims without human intervention, and given OPD claims are low value and higher frequency than IPD claims, the cost of adjudicating the claim needs to be kept very low, and needs to be automated," says Singal.

In other parts of the world, practice management software is the norm, and with its huge - and ever growing network - Practo is moving the country in that direction as well. Singal is confident that there is enough space in the market right now for Cureity, even though he agrees that in the long-term, a platform solution is going to be the end-game.

"Doctors in India are also overloaded with patients, due to low doctor to patient ratios," he says. "An average doctor sees 90 patients a day in India versus a single primary physician visit in the US lasts for 20 minutes. Cureity's solution eliminates the need for a network of providers and delivers on the need of the customer as well as the insurer. The customer has the flexibility to claim at a provider of their choice at the same time we enable the appropriate controls to minimise fraud and abuse. A network based approach is the ultimate longer term solution, though our demographics, overloaded doctors and low adoption of practice management software by medical practitioners is a impediment for that to be a real, immediate, solution to the problem."

Although Singal can't reveal the companies that Cureity is working with because of NDAs, he tells us that the company is close to rolling out its products. There are still some details that have to be worked out though. "The cost of the card which the bank partners charge itself can be neutral to the insurer and customer, we're looking at different ways to neutralise that," Singal says. "One of the things we're also considering taking on the responsibility of distributing the insurance plan we enable with this technology for a health or general insurance company and also using the technology to power employee benefits for corporates.”

This would do away with the present system of having to present bills for doctor visits as part of your office reimbursements, and automate the system instead. It's an interesting idea, and as Singal says, the company isn't trying to compete with Practo, but rather fill in the gaps, which sounds like an overall positive development for the end users, who will get more options to choose from.