We Played Civilization VI on the iPhone, Here's What You Need to Know 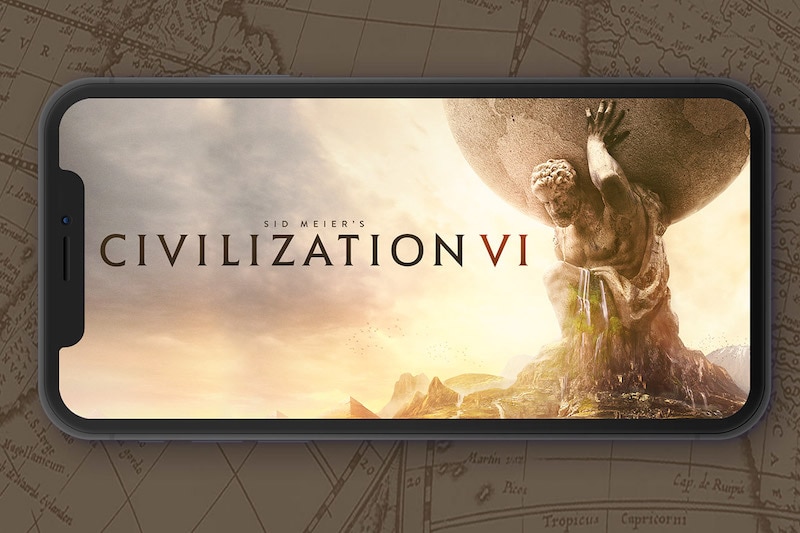 Not content with being on PC, iPad, and soon, the Nintendo Switch, Civilization VI is now available on the iPhone. It's the latest in a long-running series of turn-based strategy games that has you managing a civilization through the ages. From managing the well-being of your citizens to fending off attacks from neighbouring regions, Civilization has been exclusive to the PC for the longest time. We've spent some quality time with the final build of Civilization VI for the iPhone and here's what you need to know about Civlization VI before downloading it from the App Store.

Civilization VI iPhone impressions
Firing up Civilization VI on an iPhone treats you to an elaborate cut-scene not too dissimilar to what you'd experience in the PC version of the game. However when you're done with that, Civilization VI's limitations on a small screen come to the fore. Playing it on an iPhone 8 Plus which has an 5.5-inch display made Civilization VI's multiple menus and reams of text seem overwhelming despite its relatively generous screen size. Granted the UI seems to have received a few tweaks to fit on smaller devices, but it feels too cramped compared to playing the game on a PC or even the iPad.

Much like the iPad version however, some of Civilization VI's visual flair is amiss. Warriors lack the same degree of animation when attacking enemies while building structures appears less complex too. Even effects like water and sun rays seems to have been toned down.

Other concessions include the level of detail in your towns and settlements when you zoom into a location and faction leaders show up minus any animation either. These limitations are understandable trade-offs given the iPhone's power versus PC hardware. Heat wasn't a major concern. Though the iPhone 8 Plus got warm over 20 minute sessions, it never got hot or unbearable.

Multiplayer is present, though as a local multiplayer option instead of online multiplayer much like the iPad version of the game. You can play against friends on the same network or pass your iPhone around for turn-based, local fare known as hotseat multiplayer.

Thankfully, the controls are easy to use. Dragging and tapping the screen are a treat to use due to their sheer responsiveness. Coupled with a helpful adviser to help you keep tabs on the game's many machinations, and you have a serviceable port of a classic despite the aforementioned crammed menus and lack of details.

Should you buy Civilization VI on iPhone?
We'd suspect that for some, the sheer novelty of playing Civilization VI on a device that fits in your pocket is more than enough to give it a go. It's not a perfect port of the PC classic, but if you've a hankering for an enjoyable strategy experience, you can do far worse if you can stomach its steep price point. The iPad version is a better bet due to its larger screen size and if you had to play it on an iPhone, you're better off with at least a Max if not Plus-sized iPhone.