Can This Indian App Take on Slack? 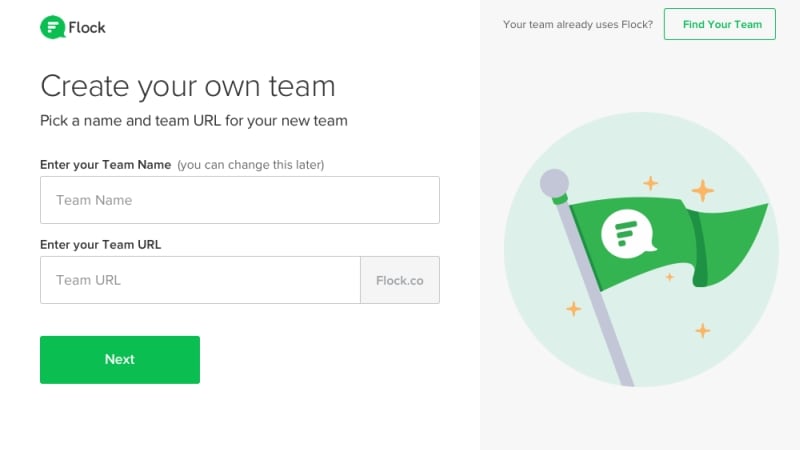 There have been few companies whose success was as sudden as that of Slack. It's accomplished something that few would have predicted – made chatting with your co-workers fun. Not just that, Slack has grown beyond offices – it's used by a lot by groups and even friends and families. It's a space that's been getting a lot of attention, and although most of Slack's competitors have focused on the business front, one of them, Flock, wants to take it on in the wider space that Flock founder and CEO Bhavin Turakhia calls team chat.

Flock launched in the enterprise space a little over two years ago, and the way it worked was that you had to use a company domain to log in – this made you a part of that company's group so you could chat with your coworkers, share files and data, and do everything else you required to communicate. Now, Flock has opened this up to allow users to create multiple teams easily, and form groups based on what they need to do – whether it's for your office, or to create teams with contractors from outside your office, or even to create a group for your stealth-mode project.

"Companies are creating teams for their PR agency, or for their legal firm, so you could have the CEO and the lawyers in one team, and then they're not a part of your full company communications but if you need to send them a document it's instant and easy," says Turakhia.

He likens the state of team messaging to that of email 10 years ago. "People were still figuring out email, not every company even had an email system you know," he says, "and we believe we're at the same point in the team messaging space." Flock will participate in more events, sponsor hackathons to develop apps for the service and engage in marketing and PR campaigns around the world to grow in the 'nascent' category, Turakhia says.

Enterprise messaging tools have been around for as long as most people can remember, but Turakhia is quick to point out that he's focussing on team messaging. Platforms such as WhatsApp fall short in this area because they're really developed for one to one communications – Flock on the other hand allows you to share files, or run apps on top of the platform so that you can use it to book an Uber for a team member, or run a poll to get quick inputs on a decision.

Turakhia claims that Flock is one of the leading team messaging applications right now. According to Turakhia, over 25,000 companies have tried Flock, and it's seen 250,000 downloads. However, the actual daily users are closer to 50,000. In April this year, Slack reported 2,700,000 daily active users - and 800,000 paid users. Slack's paid users (in April) are 10x the total users that Flock has.

When these figures are repeated to Turakhia, he shrugs it off, and says, "We're behind in absolute numbers, but we've already caught up and gotten ahead of them in some features. This is a market with only two players right now, and we're only starting aggressive marketing now." That means, for instance, videos like the one below:

"Also, 3 million users is not even one percent of the marketshare," Turakhia adds. "There are a lot of companies around that are only adopting this technology now, and so there's huge growth potential. It's not like 'oh BBM is around, why do we need WhatsApp', right."

Turakhia, whose brother Divyank Turakhia's Media.net recently sold for just under $1 billion to a Chinese buyer, added that this is not the first time that one of his companies is starting from behind, giving the example of BigRock, a domain name registration company that he founded in 2010. "At least we are not several years behind this time."

A bit of disclosure is needed here – Gadgets 360 tried Flock for our own team messaging in 2014, along with several other messaging tools, before finally choosing Slack for our internal communication. Flock had problems with notifications coming in late, lacked features such as URL previews, and at the time, Slack was still evolving very quickly, adding new features every month. Looking at Flock's video, it appears to have improved a lot since then.

That said, it seems to lack the – for want of a better word – personality that makes Slack appealing to use. Things like emoji reactions might seem like minor features, but they quickly become a part of your team's culture. The reason so many people liked Slack is that it didn't feel like it was just about getting work done.

Turakhia recognises this, but feels that the messaging space is big enough to allow for multiple solutions to co-exist, and stresses that it will not be a winner take all market. Instead, he believes that communication platforms are going to slowly take over all the other tools we currently use.

"We want Flock to become your central communication hub," he says, "and that means more than person to person messaging. It means machine to person communications, as you get sales updates or server status from AWS, it means context associated with apps."

"In the 90s, the operating system was the desktop – everything was being built for the desktop to run on your system," he adds. "Then the Internet came. Web apps and servelets became the norm and now chat is the next operating system. All the work you did 20 years ago was personal, now more than 80 percent of the work we do is collaborative."