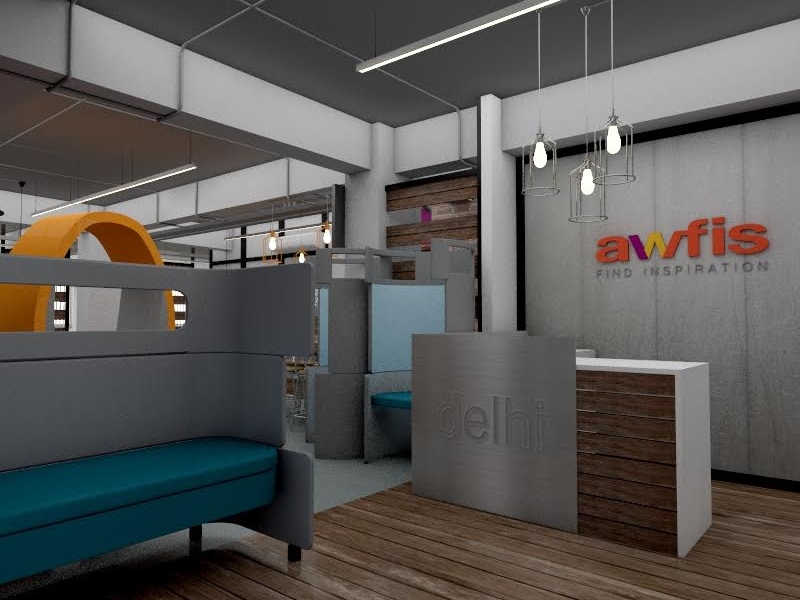 The idea of co-working spaces has been around for a long time now - earlier this year New York-based WeWork announced its plans to enter India, and there are plenty of Indian co-working spaces in different cities already. Some popular ones include Jaaga and BHive in Bengaluru, 91springboard and The Studio in Delhi, and Coworking Chennai.

These spaces are great for startups looking to save money on rent, small businesses that need a meeting room once in a while, or even freelancers who don't want to invest too heavily on office infrastructure for the home - after all, if you're working from home you'll probably have to spend money on power backup and might even have to spend extra on the Internet just to get a connection that's both fast and reliable. The problem becomes finding a good space that can work as your office. Enter Awfis.

Founder and CEO Amit Ramani describes Awfis as "Uber for co-working", and at first glance it does look like that - there are Awfis locations in Delhi, Mumbai, and Bengaluru already, with new locations planned for Hyderabad, Pune, Chennai, and Calcutta, and to book a seat or a meeting room, you need only use the Awfis app - and you don't need to book in advance either; the company believes in the just in time model. 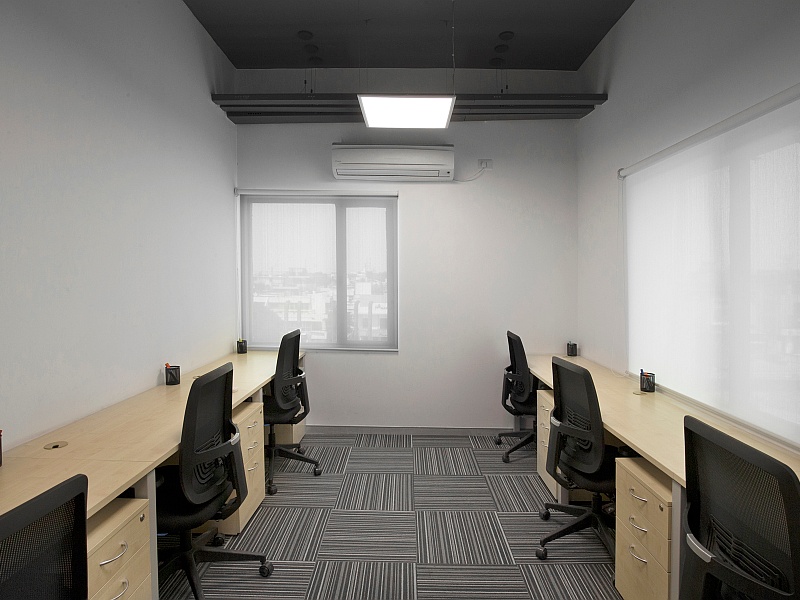 "In this space, the pure aggregation model like Uber doesn't really work," admits Ramani, saying, "when you go to a co-working space that I don't own, I can't guarantee the experience, I can't make sure that the Wi-Fi will be working properly, or that other facilities will be in good order. And that reflects badly on my brand. On the other hand, a Hyatt, or a Trident, their meeting rooms a hugely under-utilised. They're empty most of the time, so they're happy to be on a platform, and at the same time, they will ensure the quality, because they're a bigger brand than I am, so they have more to lose from bad service."

"For us, the scale is very important, and that's why we have the app as well," he says, "the idea is that if you have to travel for business, you already know what the Awfis experience is like, and instead of researching different spaces to figure out where you can work or hold a meeting, you just start the app and find the nearest space." 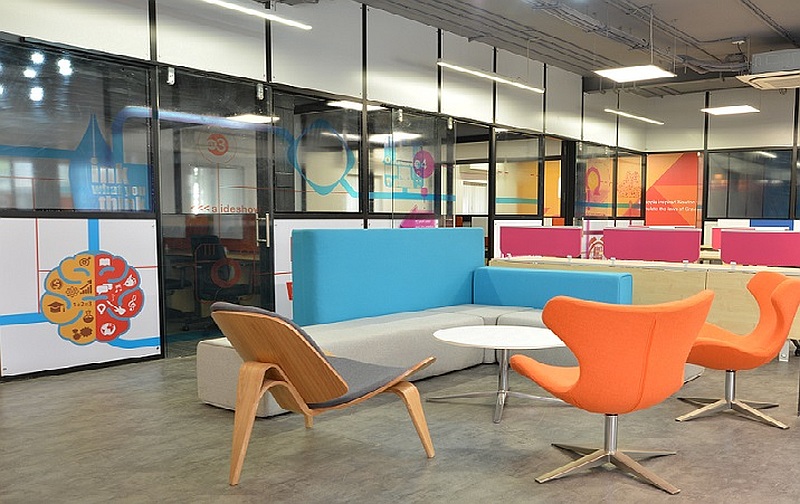 That's also why Ramani believes the just in time, or last minute bookings, is going to be the model of the future, although it currently accounts for only a small part of the total users of the Awfis app. "The just in time category is just starting off right now, especially for meeting rooms, because people are not used to the concept," says Ramani. "But once you use it, people are more likely to do so in the future. It will drive growth in the future. At the same time, just in time is about convenience, but once it introduces new people to the platform, these same people will start to use it for longer, make weekly, or monthly bookings."

Using the Awfis app, you can make a booking for anything between one day to 11 months from today.

Interestingly, although the normal image most of us have of co-working spaces as being hubs for startups and freelancers, there are also a lot of corporate workers, and SMEs. "The startups, when they're at the idea stage, they're still working out of someone's bedroom, someone's terrace," says Ramani. "Once they get their first bit of funding though, we make a good home because they don't have to waste money on rent, they can reduce the upfront capex. Similarly, for freelancers and other guys like that, we're a better option than working out of a coffee shop." 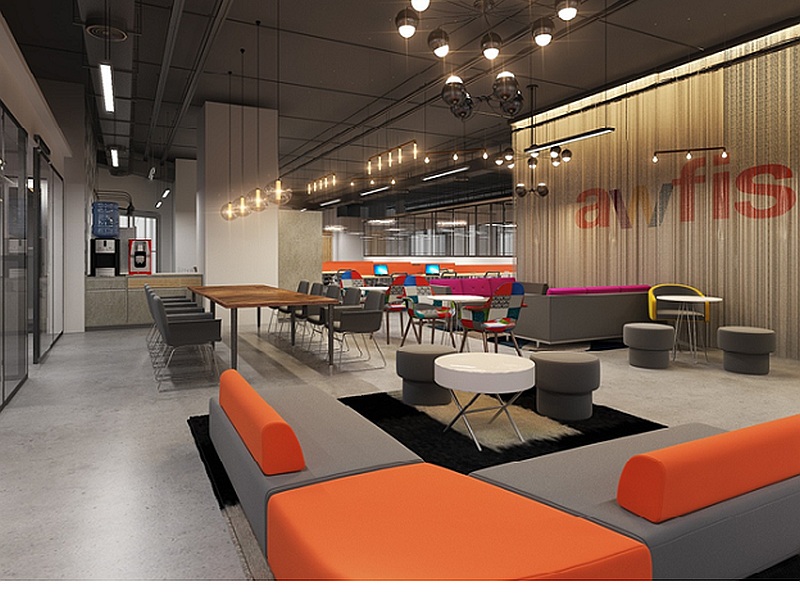 "But the corporate requirement is also a big one," he adds, "because of work from home programmes. A large number of employees now work from home, except that it's not at all convenient. Sometimes it's because you don't have the infrastructure at home, and at other times, you want to keep your home and your work separate. So for these guys, work from home actually becomes work near home."

Using the app itself was simple enough. It asks you to register once with an OTP, or with your Facebook or Google account, and after that you're in. The design is simple and straightforward, but also easy to use. It shows you the different spaces you can work from, complete with pictures, and you can choose between desks, meeting rooms, and office cabin space. Once you find a space you like, you can either book it right away, or book it in advance if you prefer - it'll cost you Rs. 300 (plus Rs. 44 in taxes) per day, and bulk bookings are somewhat cheaper on a per-day basis. The experience is simple enough - you have to pay in advance, either by an Awfis wallet, or by your credit/ debit card, or by netbanking, followed by which you just need to arrive at the workspace and show the booking that's stored on your phone to start working.

Meeting rooms are obviously more expensive, ranging from Rs. 400 per hour at an Awfis space, Rs. 3,000 per hour at The Orchid in Mumbai - plus taxes. In the case of meeting rooms, you also have to select the timeslot, and then again, you pay in advance and simply arrive at the location. Interestingly, the co-working space is getting competitive, and as a result, it's not enough to just put together a generator, a few desks, air conditioning, and Wi-Fi. Service providers like Awfis, BHive, Jaaga, and others are throwing in a lot of additional features, such as deals on healthcare, AWS, QuickBooks, and even access to 3D printers and prototyping tools, in addition to basic facilities like printing, projectors for meetings, and tea and coffee machines.

That's another reason why Awfis is focusing on its app - Ramani tells Gadgets 360 that the app will not just be useful to book workspaces. Instead, he sees it growing into a social network of sorts.

"We offer a lot of benefits, and the next step will be to let you avail of them through the app itself. The app will also act like a closed LinkedIn like network," he says. "Because often, the producer and the consumer of a service are sitting in the same space with us. There's an HR company, for example, that serves seven other companies that are all sharing the same co-working space. So from that perspective, we can evolve and offer more than just the physical space to work together, and trough our app, make collaboration and networking easier as well."