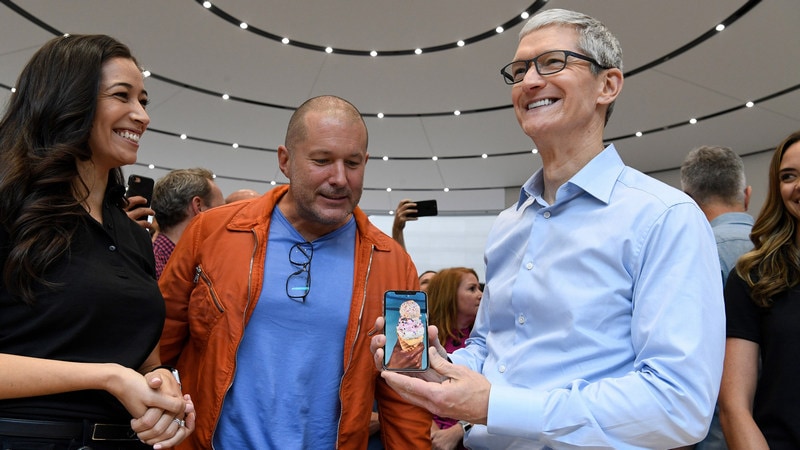 Apple this week finally showed off its solution to help us use our iPhones less often.

At its Worldwide Developers Conference, the company presented more advanced parental controls and unveiled new system features that let you monitor how much you're using your phone. The new features walk a fine line between answering customer concern about device addiction, with developer desires to keep people coming back to their apps.

The iPhone maker's new features followed a January letter from shareholders JANA Partners and CalSters that asked the company to build better controls to help curb tech use. Google recently announced new features to limit screen time and monitor use on Android devices too - as well as some other options such as being able to turn your phone's screen to black and white at bedtime. Google previously introduced Web-based controls for parents.

Both companies focus on offering choices to consumers in the form of more granular settings. The question is whether these features are enough to help us help ourselves.

The group of shareholders who questioned Apple's lack of controls said they were happy with the company's announcements and focus on kids.

"You can debate what to do about adults whose brains are fully developed, but we think the long-term benefits of having kids growing up with healthier digital habits instilled by their parents and other caregivers based on their own beliefs cannot be overstated," said Charles Penner, a partner at JANA Partners, in a statement.

We also asked three experts on the screen time debate for preliminary grades on what they've seen from Apple and Google so far. Here's what they said:

Ruston gave Apple an A- for its efforts, particularly when it comes to limiting certain apps. "Parents will be able to control the apps they do not want their children using during school hours, such as Instagram and Snapchat, while keeping others on their phones during school, such as Quizlet (an app that mimics flashcards)," Ruston said.

She would, however, like to see Apple allow multiple accounts on a single device - which would allow parents sharing iPads with their kids to change settings for each person - and for the screen time controls to be enabled automatically, to push people to use them.

"I think the biggest issue is going to be getting everyone to actually take the reins and set limits on their kid's phone. But this is a huge step forward," she said.

Ruston gave Google's Android controls a C, judging both the new screen time limits introduced last month, as well as family controls introduced last year. "Although Google's Family Link offers many of the same family settings as Apple's forthcoming operating system, Family Link allows kids over 13 to unsubscribe and manage their own time choices," she said, which means the controls exclude teens. She added that the Android controls also don't apply to Chromebooks, which are often issued by schools. "The main Apple device at school is an iPad, and Apple's new system will cover iPads."

Twenge said that the Apple features are the "types of controls parents have been desperate to have," particularly when it comes to setting time aside for sleep. "I still think it's better for people to keep their phones out of their bedrooms and buy an alarm clock, but this is a good compromise solution for people who really want to use their phones as alarm," she said.

For adults, however, Twenge said she would have liked to have seen one thing: Apple giving "adults something similar to the parental controls that shuts down apps" when time's up, rather than just give them a reminder when they've hit their limit. "It would be better if it actually turned off - a reminder isn't always enough," she said in an email.

Google gets the same criticism, she said, and doesn't have the same focus on kids. "I have the same concern about the features announced by Google recently, which were just reminders, without the option of the app actually shutting down," she said.

Zichermann gave Apple a C for its efforts, saying that the controls don't reflect the best research about how to curb compulsive, addictive behaviour. He said that giving people information on their device use alone won't help - and giving them the option to bypass their limits is one they'll always take. "There's literally no evidence that knowing how much you consume changes how you consume," he said. "Knowledge may be power, but not the ability to change."

He also said that getting information on how much time you're spending on your phone is not as useful as knowing when you're doing it - information that can tell you, for example, if you're checking Facebook when you should be working. He'd also like to see more powerful tools to cut down distraction, such as a single button that lets people turn all of their notifications off at once.

Zichermann said that fixing the problem of device use doesn't fall squarely on Apple - or Google, for that matter - but that Apple needs to make it easier for developers to redesign their apps that people are spending time on. The company has a "walled garden" approach, he said, that doesn't give developers as much information on how people use their apps to make meaningful changes to their apps.

As for Google? Zichermann said that many of the same design criticisms apply but that he appreciates that Google gives more information to developers that would allow them to design better applications. That earned Google a slightly better grade in his book.