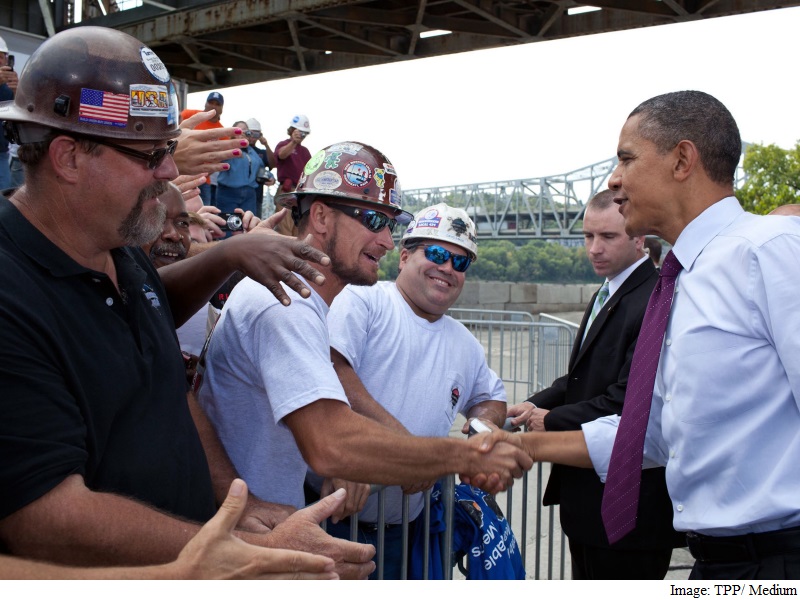 An organization of more than 5,000 app developers will throw its support on Monday behind President Obama's Pacific Rim trade deal, a move that administration officials said signals the benefits of the pact to the high-tech economy.

ACT/The APP Association, which represents small and midsize companies, said in a statement that the 12-nation Trans-Pacific Partnership (TPP) represents "an invaluable template for how the United States can proactively use cutting-edge trade policy to modernize" international commerce.

US Trade Representative Michael Froman plans to announce the endorsement Monday as part of a push to increase support for the TPP at a time when the trade accord has faced widespread criticism from both parties on the campaign trail. Ohio Gov. John Kasich (R) is the only major presidential candidate in either party who supports the deal, which still must win congressional ratification before being enacted.

"The app economy is a unique and revolutionary example of American ingenuity," Froman said in a statement to The Washington Post. "It's also an important advantage for the United States' global competitiveness that we should work together to help grow and strengthen."

The TPP is the largest regional trade pact in history, knitting together 36 percent of the world's gross domestic product. Japan, Canada, Mexico, Australia, Malaysia, Vietnam and Singapore are among the countries in the deal.

But Obama faces stiff opposition from most congressional Democrats, labor unions and environmental groups. Administration officials have sought to counter fears that the accord could harm traditional manufacturing industries in the United States by highlighting the reduction of thousands of tariffs in other countries.

The administration also has emphasized the stakes for high-tech industries where the United States maintains a global edge. The TPP aims to strengthen patents for pharmaceutical, financial and information technology companies, extend copyrights for entertainment studios, and safeguard the free flow of data across borders for Internet and software firms.

ACT/The App Association highlighted six areas of the deal that it said would help technology firms, including protections on intellectual property, rules barring countries from requiring tech firms to set up local infrastructure, and the prohibition of charging customs duties on digital content.

"Thanks to the rise of cloud services, American app companies make a large portion of their revenue from overseas sales through the app stores," said Morgan Reed, executive director of the organization. "While the global digital economy holds great promise for small companies, data localization policies and barriers that prevent cross-border data flow would severely harm opportunities to grow outside the United States."

Beyond Payments: How the Unified Payments Interface Will Evolve
Top-End Smartphone Specifications Have Become an Overkill