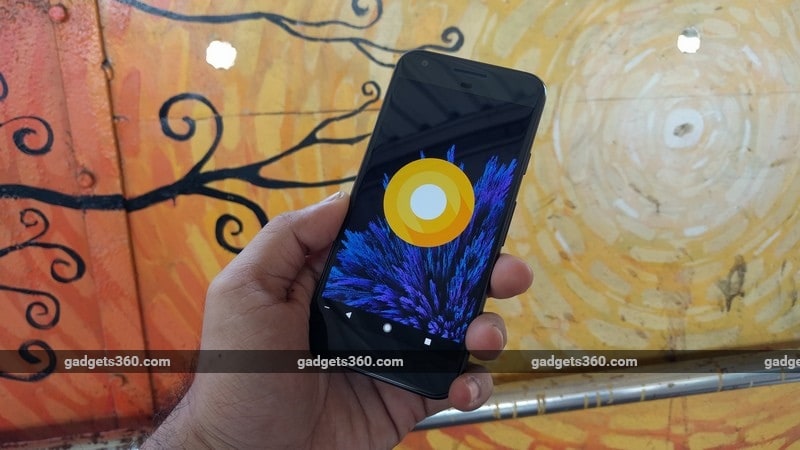 Android O was the most awaited segment at Google I/O 2017. The update will be crucial for Google now that it already has 2 billion active users on its platform. To test waters the search giant has also released Android O in a public beta. Users wanting to try the new operating system can do so by enrolling in the Android O beta. Do keep in mind that you’ll need to have an eligible Google smartphone. Currently, the only supported phones for the Android O beta are the Nexus 5X, Nexus 6P, Google Pixel, and the Google Pixel XL. We installed the Android O beta on a Google Pixel, to see what's changed. Here are our first impressions of Android O, and a deep dive into the new features it brings.

At first glance, there aren't major design changes that you'll notice. The Android O UI is quite similar to Android Nougat but there are a few tweaks that enhance the overall look of the OS. The settings menu and the notification bar are where major differences are visible. The first thing we noticed in Android O is that a lot of the settings are rearranged.

You no longer have Wi-Fi, or Bluetooth settings along with Network settings. They are separated, and similar functions are clubbed together. You see Network & Internet as the first option which comprises of all options relating to Wi-Fi and the Mobile Network. Bluetooth, NFC, and Cast have been combined under Connected Devices. We like these changes as it clubs related settings together instead of following the older arrangement.

Google claimed that for Android O, battery life is another important area of focus, and it is evident with the visual update to the battery settings. For one thing, there is finally an option to enable battery percentage - something most manufacturers had to enable by themselves until now. The battery stats are displayed at the top in larger fonts, and it also shows time, and screen on time, since last full charge.

One other change we observed was that the adaptive brightness and sleep settings are available under battery instead of display.

Android O battery consumption by apps is also more detailed in comparison to Android Nougat. The battery graph is still present and now clubs battery consumption based on Apps, System, Services etc. But it does not offer the option to dive in and check specifics. It is evident that the battery reporting has been tweaked for regular users, and still has stats for nerds.

With Android O, Google has also clubbed all system functions under one setting. This helps significantly as all related settings are available at one place. Security is also visually beefed up and we can see a separate update option for security patches Also, the settings menu in Android Nougat would display a pane when you swipe from the left in the settings app. This would allow you to quickly jump into different settings within the menu. Android O seems to have skipped this.

Android O handles quick toggle differently from earlier versions. Tapping the toggle on Android Nougat after pulling it down used to take you to the settings screen. On Android O, it works as a toggle and needs a long press to go into settings. Clicking on the text still opens up the mini menu in the notification tray.

Google has finally added a data toggle which makes it easier to toggle data on and off. Other manufacturer have already implemented this in their UI. The animation for sliding down notifications have been improved and it looks better in comparison to the card style animation on Android Nougat.

This was another one of the key announcements made at the Google I/O. Android O allows video and chat apps to play picture in picture when minimised. Currently chat apps support the functionality in Android Nougat, and video apps like YouTube, and Netflix will start supporting it from Android O. Sadly, the functionality doesn’t work in this version of the Android O Beta. Apps that support this go into PIP mode when you press the home button. The floating window can then be pulled to the bottom of the screen to close the app.

While we couldn’t find any apps that supported this function on Android O Beta, we think this will be quite helpful for phones like the Samsung Galaxy S8, Galaxy S8+ and the LG G6 which are longer thanks to their 18:9 aspect ratios, putting the notification bar further from your finger.

We did find this working on the Android O Beta and was super convenient to sign in all our apps without typing in the credentials. The OS detects that the app is requesting a login and searches the password manager of the Google account. It prompts the credentials if a suitable match is found. If a password isn’t saved with Google, you’ll have to type it out manually. Google does prompt you to save the password at the end for further use. You do have an option to decline. We would have liked if Google authenticated the user before autofilling the password.

We had already used this feature in the developer preview before the public beta launch. This feature simplifies actions that require copy pasting. For example, if you have a contact number in a mail, the standard process would be to select the number, copy it, open the dialer and paste it to initiate a call. Android O simplifies this to a large extent. Simply select the number, and Google gives you the option to call the number from the dialer. This functionality is not just limited to numbers, but is also possible with addresses, and email IDs.

Another cool Android O feature we found is that you can snooze notifications. You have the option to snooze notifications from a particular app for a predefined amount of time. So now you won’t have to put the phone on silent just for one app. You can simply snooze that app for 15 mins or an hours and get other notifications as usual.

Google also mentioned notification channels, which let you fine-tune notifications, at I/O. For example you can make the phone ring when you gain a follower on Instagram, yet keep it silent when you get a like on your recent photo. These kinds of tweaks are possible, but the app developers have to enable the functionality. We could tweak a few notifications for the Google app though.

All in all, we liked the approach that Google has taken with Android O. It looks promising for sure, with interesting new features. That said, these are only our first impressions of Android O, and we will keep digging deeper into the new version of the popular mobile OS. Till then stay tuned, and do let us know about your favourite new features via the comments below.