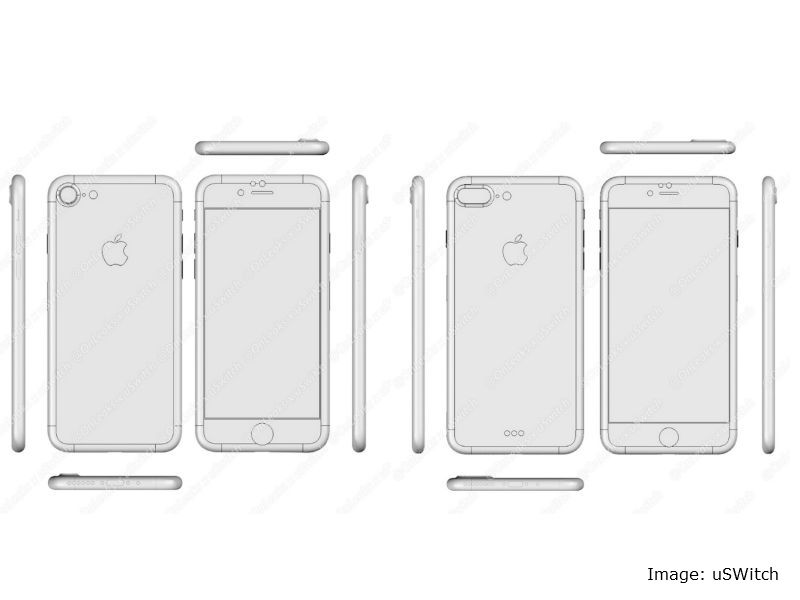 The rumour that iPhone 7 Plus might sport a dual camera at the back has been doing the rounds recently. Now, noted KGI Securities analyst Ming Chi Kuo is adding more credibility to the rumours by saying that the dual camera is going to be a must-have on all high-end smartphones. And iPhone being a pioneer, it will introduce the entire 5.5-inch iPhone 7 Plus lineup with dual cameras at the back, and not just the high-end variants of the phone as he previously (https://gadgets360.com/mobiles/news/iphone-7-plus-to-feature-dual-camera-setup-tips-analyst-795408) suggested.

In his previous report, Kuo had mentioned about dual cameras coming to the top-end variant of the iPhone 7 Plus, but also added there would be a lower-ened variant with single camera. However, now the analyst has revised his prediction to say entire lineup of the 5.5-inch iPhone 7 Plus will only have dual-cameras, without any option for choosing a single camera variant. This also inadvertently means that Apple will have to introduce a 3GB of RAM to fulfil the tech requirements of the dual camera technology, Kuo said.

Accessed by 9to5Mac, the report also sheds light on the estimated shipments of the larger iPhone 7. Kuo predicts that around 20 to 30 million units of the dual-camera iPhone 7 Plus will be shipped in the financial year ending 2016.

A separate leak from uSwitch gives us more details on the Smart Connector and the camera with schematics of both the 4.7-inch iPhone 7 and the 5.5-inch iPhone 7 Plus. The schematic sketch of the iPhone 7 from all angles reveals that there is not much that's changed from the iPhone 6s in terms of design. However, on the larger iPhone 7 Plus, the three dots at the back indicate that the Smart Connector is indeed coming to the iPhone. It was first introduced with the 12.9-inch iPad Pro last year and then on the 9.7-inch iPad Pro, and if we go by this sketch, Apple is looking to introduce it on the iPhone 7 Plus as well this year. However, it is important to note that there have been conflicting reports which suggest that the 3.5mm jack will remain.

The sketch also reveals that we won't be getting rid of the protruding camera anytime soon. We also get a second glimpse of the dual-camera at the back of the iPhone 7 Plus fuelling the rumour further. Apple is also rumoured to remove the antenna bands at the back and keep them only on the sides, apart from removing the 3.5mm headphone jack to make the smartphones even slimmer.
Comments