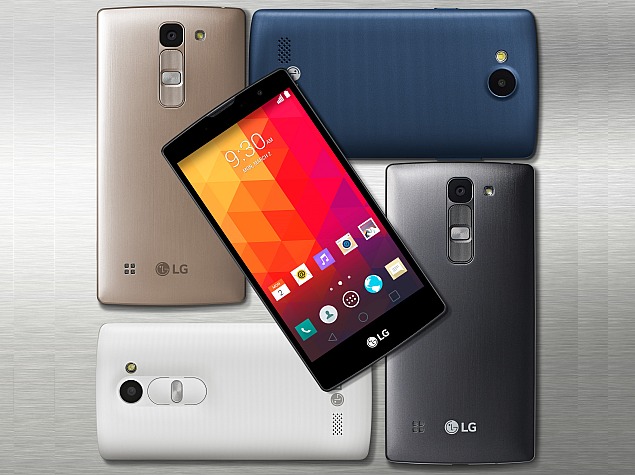 LG on Monday announced the start of the global rollout of its latest mid-range lineup, with four smartphones - the LG Joy, LG Leon, LG Magna, and LG Spirit - that were unveiled ahead of MWC 2015.

We spent some time with all four smartphones at the Mobile World Congress in Barcelona, and you can check out our first impressions here. LG says global rollout of the 3G and LTE variants of the Joy, Leon, Magna, and Spirit will begin with South America, and be followed closely by Europe, Asia, Middle East Africa and North America. Notably, the LG Spirit has been launched by the company in India, however no availability details have been provided.

Of the four smartphones, the LG Magna and Spirit feature slightly curved displays with a 3000mm radius curvature. LG is also touting the in-cell touch display technology on the Magna, Spirit and Leon that brings the display closer to the screen for improved touch sensitivity.

LG is also bringing some of its premium UX features from its top-end smartphones to the new mid-range smartphones, such as Gesture Shot and Glance View.

"Millions of customers around the world today are seeking reasonably-priced devices that don't sacrifice on looks or features," said Juno Cho, president and CEO of LG Electronics Mobile Communications Company. "Our newest mid-range smartphones are designed with both new and experienced users in mind all over the world who know a good deal when they see one."