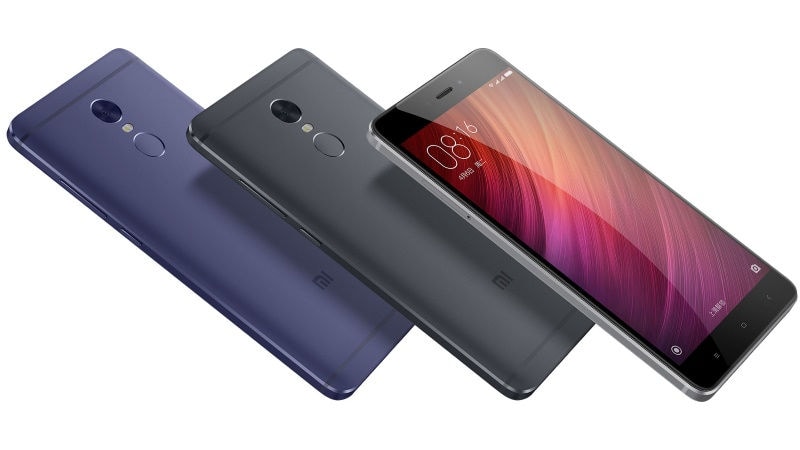 Monday was the 10-year anniversary of the iPhone and Apple’s VP of World Wide Marketing Phil Schiller gave an interview where he talked about the glorious last 10 years for the company. Today, we’re back to the average day in consumer technology - which like most days, is full of launches, announcements, and other breaking news. Here are your top stories for the day.

Xiaomi Redmi Note 5 leaked, before the Redmi Note 4 India launch
The Redmi Note 4 has been out since August 2016, and on Tuesday it got a date of arrival in India, but rumours of a Redmi Note 5 have already begun surfacing on the Internet. A phone by that name has apparently passed the US FCC certification and could come with a Qualcomm Snapdragon 652, Quick Charge 3.0, and MIUI 9 based on Android 7.0 Nougat.

Samsung Gear S3 models launched in India
Electronics giant Samsung at an event in New Delhi launched a successor to Gear series of smartwatches - the Gear S3 Classic and Gear S3 Frontier. The new watches run on the company’s homemade Tizen OS, with 4G connectivity on the Frontier for an untethered experience. Read more about the rest of the features and pricing in our launch story.

Razer is offering $25,000 for information on stolen laptop
You may have read about Razer’s Project Valerie, a laptop with three screens that was shown during CES 2017. Apparently, two of the three demo units were stolen. The company is working with law enforcement authorities to get to the bottom of the crime, and will offer $25,000 to those who can offer credible information regarding the theft.

Mumbai: 500 public Wi-Fi hotspots, toilet finder app launched
In what will be India’s biggest public Wi-Fi network, phase 1 of MumbaiWiFi was launched that enables 500 hotspots across the city. On May 1st, another 700 hotspots are said to be added to the initial offering. The offering is said to be free for an unlimited amount of data till the end of January. In related news, the Telecom Regulatory Authority of India (TRAI) will finalise its views on public WiFi networks in the next 20-25 days, with focus on low-cost WiFi networks that cost 10 percent of today’s data costs.

In another tech news related to Mumbai, the local authorities have launched an Android app that helps people find pay-and-use toilets in the city. Over 800 public restrooms have been tagged, and more will follow.

Flipkart offers discounts on Apple products
Dubbed ‘Apple Fest’, ecommerce platform Flipkart is offering a flat Rs. 5,000 discount on products like the iPhone 7 among others. Also on offer is an additional Rs. 3,000 if you exchange an old phone, for which you may fetch up to Rs. 23,000. Finally, there are interest-free EMIs on select credit cards as well. Check out offer details on all products here.

In other news, Flipkart promoted its top-tier person Kalyan Krishnamurthy to the company CEO position, and elevate current CEO Binny Bansal as the CEO of Flipkart Group organisation.

Housing and PropTiger to merge
Real-estate catalogue companies PropTiger and Housing are merging and are raising $55 million dollars in fresh investment in the joint entity. Dhruv Agarwala, CEO of PropTiger, will take over the numero uno position in this JV, while Housing CEO Jason Kothari will move to other opportunities. Housing’s estimated valuation was pegged at $70-75 million (roughly Rs. 476-510 crores), which is a downfall from the $120 million it had raised during its peak.

ZTE to cut 3,000 jobs
ZTE, the China based telecom multinational, is said to be cutting 3,000 jobs as its handset business struggles in its home market. The job cuts attribute to 5 percent of its 60,000 workforce. ZTE is the fourth-largest vendor of of smartphones in the United States, with a 10 percent market share. Its CEO had said that the company had "encountered its biggest crisis in its 31 year history" a few days ago at a New Year speech to the staff.

Yahoo to be renamed to ‘Altaba’, Marissa Mayer to leave board
After its sale to Verizon, the iconic name of the internet company ‘Yahoo’ is being changed to Altaba. The company also confirmed that CEO Marissa Mayer will quit the company’s board after the acquisition is complete. Yahoo co-founder David Filo will also be resigning from the board. Mayer is said to continue working for the new company.