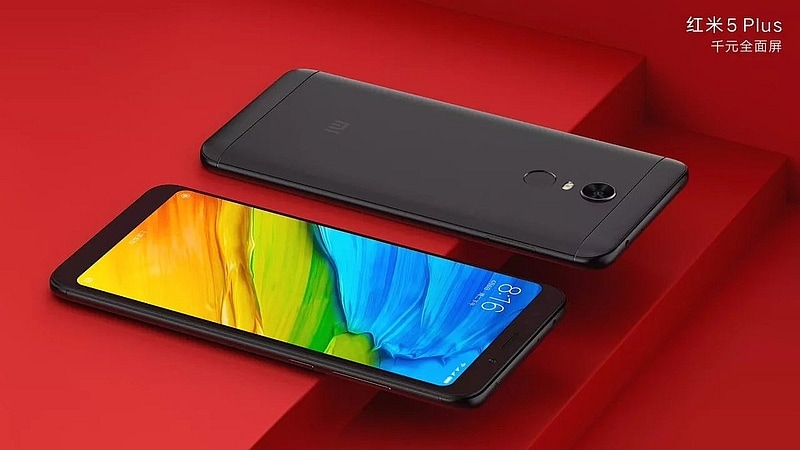 We got the first official look at the Xiaomi Redmi 5 and Redmi 5 Plus today, ahead of their official launch on Thursday. Xiaomi global spokesperson Donovan Sung shared four images that gave fans a sneak preview of the upcoming smartphones. Both the Redmi 5 and Redmi 5 Plus sport 18:9 displays and rear fingerprint sensors, and lack hardware capacitive buttons. Considering the two look pretty much identical, it is likely the differences between them lie in the specifications. According to leaks last week, the Redmi 5 price will be CNY 1,399 (roughly Rs. 13,600). Leaked specifications have suggested a 5.7-inch HD+ panel, MIUI 9 software, 1.8GHz octa-core processor, 3200mAh battery, and three variants (2/ 3/ 4GB RAM and 16/ 32/ 64GB storage).

WhatsApp Restricted Groups feature spotted
WhatsApp group administrators may soon get more powers over members as a new feature called Restricted Groups setting has reportedly been submitted via Google Play Beta Programme in version 2.17.430 of the app. The feature is currently disabled, and may be released in an upcoming version of the app. It will apparently give WhatsApp group administrators the option to stop other members from sending text messages, photographs, videos, GIFs, documents, or voice messages. Therefore, they will only be able to read the messages and media the administrator shares. If members want to share something, they will have to resort to the Message Admin button; with this, the message will be shared with the admin, who will have to approve it so that it can be seen by other members.

Vodafone unveils new unlimited calling, data plans
Vodafone has launched five prepaid plans offering unlimited calls and data benefits in Tamil Nadu circle. The Rs. 509 Vodafone Super Plan comes with 1GB data per day, unlimited calls across networks, free outgoing calls on roaming and 100 SMSes daily for 84 days. At Rs. 458, buyers get the same benefits, but 70-day validity. Then there’s Rs. 347 plan that offers 1.5GB data per day, unlimited calls, free national roaming calls, and SMSes charged at 25 paise, with validity of 28 days. For those who want free calls but are not as concerned about the data allocation, Vodafone has the Rs. 199 plan that comes with free local and STD calls and no charges on outgoing calls on roaming, and a total of 1GB data for 28 days. With the Rs. 79 pack, subscribers will get unlimited local and STD calls, 500MB of data, and local and national SMS charged at 25 paise, and validity of 7 days.

OnePlus 5T new variant coming to India
OnePlus 5T Star Wars Limited Edition model will be launched in India on December 15, the same day Star Wars: The Last Jedi releases in the country. The handset was showcased at Comic-Con Bengaluru on Saturday. A day before the official release of the upcoming variant, the company will formally launch it; the event will be held at IMAX Wadala in Mumbai, and tickets for the event – which become available on December 7 at 10am – are priced at Rs. 999. The OnePlus 5T Star Wars Limited Edition variant has a white rear case with the Star Wars franchise logo at the bottom, a red-coloured Alert Slider, and a white Stormtrooper wallpaper. In terms of specifications and features, the handset is expected to be identical to the original OnePlus 5T. The new variant will be available for purchase via Amazon India, OnePlusStore.in and OnePlus offline experience zones in Bengaluru and Noida.

Nokia 9, Nokia 8 (2018) rumoured to launch on January 19
HMD Global will reportedly host an event in China on January 19 where it plans to unveil the flagship Nokia 9 and the 2018 version of Nokia 8. Both the handsets will have custom software aimed at Chinese market. The report comes with screenshots showing the Nokia 9 will feature 6GB RAM and 64GB and 128GB internal storage options, priced at CNY 3,699 (about Rs. 36,000) and CNY 4,199 (approximately Rs. 40,900), respectively. It also is said to have a 5.5-inch QHD screen and Snapdragon 835 SoC. As for the Nokia 8 (2018), the handset is expected to feature Snapdragon 835 and Android Oreo.

Separately, HMD Global Chief Product Officer Juho Sarvikas announced the Nokia 3 will skip Android 7.1.2 and go straight to Android Oreo. However, there is no official timeline regarding when the handset would get the latest version of Android. Nokia 3 was launched with Android 7.0 Nougat, and received the Android 7.1.1 Nougat update in September.

Ringing Bells founder's Freedom 251 dream still alive
Freedom 251 Ringing Bells Managing Director Mohit Goel has said that he can still deliver the Rs. 251 Freedom 251 smartphone if he gets support from the government. He said bigger players – naming Jio and Karbonn – have adopted his model of low-cost smartphone even as the government did not lend him any support despite his efforts to put smartphones in the hand of every Indian. The statements came on the back of the two persons by U.P. Police on Sunday for defrauding Ringing Bells of Rs. 3.5 crores, after an FIR from Goel. According to him, the company paid the duo the sum as advancement payment for the Freedom 251 handsets, but they siphoned off the money without delivering the units.

iOS 11.2 for iPhone, iPad, iPod touch released, cheapest 9.7-inch iPad may be launched in 2018
Apple has released the iOS 11.2 update for compatible iPhone, iPad, iPod touch models. The iOS 11.2 update comes with Apple Pay Cash feature that allows users to pay send, request, and receive money from contacts through a message, using Apple Pay. It also brings faster wireless charging to iPhone X, iPhone 8 and iPhone 8 Plus with compatible third-party accessories. Apple was scheduled to release the update in the third week of December, but seemingly made it available early to fix the bug that had brought various iPhone and iPad models to Springboard crash consistently.

A new report says the company will launch its most affordable 9.7-inch iPad in 2018, priced at $259 (roughly Rs. 16,700). Apple is apparently aiming for sales volumes with this model; iPad sales have failed to match up their peak in 2014. It is not yet clear whether the brand will replace the current 9.7-inch model – which is the cheapest iPad released so far – with this upcoming one.

Images of the upcoming Samsung Galaxy A8+ (2018) smartphone were leaked today as well. While the Infinity Display design is apparent from the leaked images, it is difficult to tell if the aspect ratio is 18:9 or if Samsung will stick to 18.5:9 (that it used in the Galaxy S8, S8+ and Note 8). Of course, the hardware Home button is gone, while the Galaxy A8+ (2018) back panel is rumoured to have a dual camera setup and fingerprint sensor.