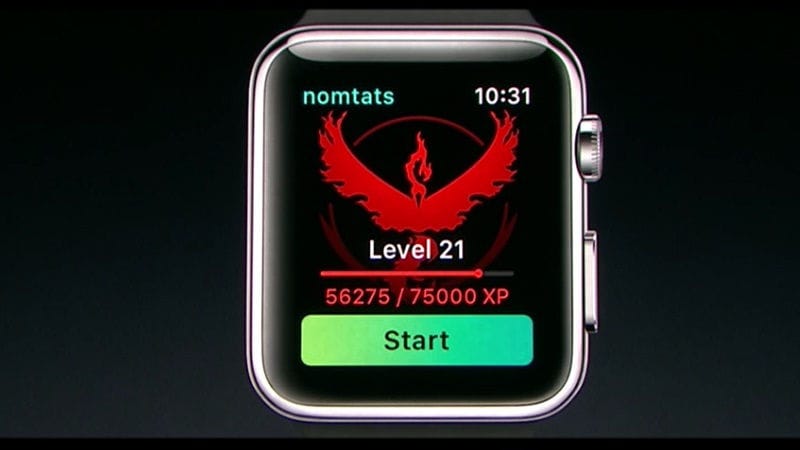 Pokemon Go has made it to your wrist, and can now be played on your Apple Watch. And Xiaomi has released two new anti-pollution devices - an in-car air purifier, and a new pollution mask, as well as a brand new laptop. Here's your 360 Daily.

Xiaomi Mi Notebook Air 4G launched
Xiaomi announced two variants of the Mi Notebook Air back in July and today, the company unveiled 4G versions of the notebooks in collaboration with China Mobile. Users will be given free access to 4GB of 4G data free every month, totalling 48GB a year.

Pokemon Go launched for Apple Watch
Pokemon Go is now available on the Apple Watch, squashing rumors that the Niantic, game's maker, had scrapped the plans. The watch version will let you discover nearby Pokemon and collect special items, such as potions, from nearby PokeStops. But once you encounter a Pokemon, you will need to use your iPhone to catch it. Still, the Apple Watch should make it easier for players to log their steps and to avoid walking around with their phones held out to search for nearby monsters. Niantic hasn't announced any plans for similar versions for Android Wear and Samsung Gear smartwatches.

MacBook Pro 2016 gets a thumbs down from Consumer Reports
Apple MacBook Pro's 2016 model has now become the first MacBook from the company to not receive a recommendation from product testing firm Consumer Reports. Even though Consumer Reports found that the laptops fare well in terms of the display quality and performance, the battery life varied "dramatically" over the trial. The report echoes complaints from consumers since the launch.

The primary problem that Consumer Reports found with the three models of the MacBook Pro 2016 laptop was the inconsistent battery performance. Battery life is an important attribute for a laptop and also forms a significant portion of Consumer Reports' overall score, the company said in its report.

Xiaomi Mi Car Air Purifier and new Anti-Pollution Air Mask launched
Xiaomi has now launched the Mi Car Air Purifier in China for 449 Chinese Yuan or roughly Rs. 4,400, and it will go on sale in the country starting Tuesday, December 27. The company also introduced a new anti-fog and haze air mask priced at 69 Chinese Yuan, which is about Rs. 675. It’s said to be able to be clean an average car’s air in between 3 and 7 minutes. It also includes a headrest strap that will let you fasten it to the car's headrest and can be controlled with the Mi Home app.

Samsung Galaxy Note 7 Wi-Fi hotspot prank delays flight
A passenger on a Virgin Airlines flight from San Francisco to Boston reportedly created an emergency situation for the crew and fellow passengers by naming his Wi-Fi hotspot, Galaxy Note 7. Considering the phone’s explosive nature, it’s no surprise that this caused a major panic situation, mid-flight. As per a report by the BBC, the crew was quoted as saying, "This isn't a joke. We're going to turn on the lights (it's 11pm) and search everyone's bag until we find it”. After the pilot warned passengers that they might have to make an emergency landing if the phone wasn’t found, the passenger who played the prank came forward and confessed.