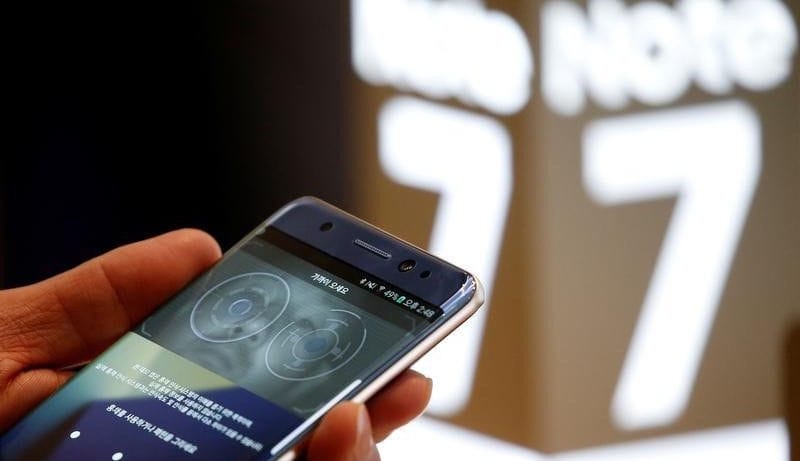 The under Rs. 15,000 smartphone price segment is the hottest one in town, so manufacturers are constantly trying to one-up each other to climb to the top spot. This makes it difficult to pick from the tens of mostly decent options available. That’s why we rely on our Gadgets 360 review ratings to filter out the really-good smartphones the somewhat-good ones, and create a list of best smartphones under Rs. 15,000 that you can rely on.

But if you’re not looking for buying a phone today, then let us serve you the day’s top stories, which include everything from phone and other hardware launches, to high-profile exits, to even interesting facts of this Internet-connected world. Let’s get started.

Samsung confirms the reason behind those exploding Note 7 phones
Samsung has officially revealed the reasons that made its flagship from last year, the Galaxy Note 7, crash and burn. Expectedly, it was faulty batteries, first from its sister firm Samsung SDI and then again from Chinese manufacturer ATL. Apparently the South Korean electronics giant has decided not to press legal charges against the battery vendors.

Closing the Note 7 chapter, the company’s Galaxy S8 is highly anticipated to help the company recover from its tarnished image. But the phone is not going to be seen at this year’s MWC, Samsung confirmed on Monday. Also, the new phone is said to have the same heat pipe cooling system as the Galaxy S7.

Hugo Barra is leaving Xiaomi
Hugo Barra, who joined Xiaomi in 2013 as its Global VP after leaving his position at Google, is leaving the Chinese electronics company. For the past three years, he’s been the face for the company at product launches and events, and had garnered quite a following amongst Xiaomi fans in India and elsewhere. Apparently he decided to throw in the towel due to health reasons and plans to go back to Silicon Valley.

Vodafone RED plans now offer unlimited calling and upto 40GB data
Telecom operator Vodafone has added high-end postpaid ‘RED’ plans costing Rs. 1,699, Rs. 1,999 per month and even Rs. 2,999 per month in some circles. These plans offer 20GB, 24GB, and 40GB of monthly 4G data respectively. Apart from this, all the above-mentioned plans come with unlimited local and STD calling and 100 free SMSs per month. There are other Vodafone RED plans with similar benefits launched earlier this month, with lower monthly commitment and less data quota.

Motorola and Nokia flagships with Snapdragon 835 leaked
The Moto Z (2017) model by Motorola will supposedly have the latest-and-greatest Qualcomm Snapdragon 835 chip, rumours point out. Along with this info, it is said the smartphone will come with 4GB RAM and will run Android Nougat out of the box.

Similarly, while responding to a user’s query on a Chinese social network, HMD Global - the company that makes Nokia branded phones like the mid-range Nokia 6 - seemingly confirmed that the upcoming flagship will sport the same Snapdragon 835 chip.

Selfie-focused Vivo V5 Plus launched in India
Vivo has launched the V5 Plus, a selfie-focused upper mid-range phone in India today. The phone is priced at Rs. 27,980, looks similar to an iPhone 7, and has a 20-megapixel camera at the front. We got to spend some time with the phone, and you can check out our first impressions.

iPhone 8 rumours, iOS 11 may introduce FaceTime group calling
In what seems like repetitive news by now, new rumours again point towards the iPhone 8 having a facial recognition feature, which may work in tandem with the new Touch ID fingerprint reader built underneath the display. It is also said that 3D Touch will get better in this year’s iPhone. Moving on, another rumour points out that FaceTime in iOS 11 may support group video conferencing calls.

Asus launches 4K-capable Raspberry Pi competitor
The Raspberry Pi is a tiny, inexpensive computer-on-a-chip that is being used for multiple purposes today. The Asus Tinker Board launched today aims to give it some competition. It’s got a similar form factor and better multimedia features like 4K video playback and high-fidelity audio, among other things. It costs roughly Rs. 4,700, a little higher than the Raspberry Pi.