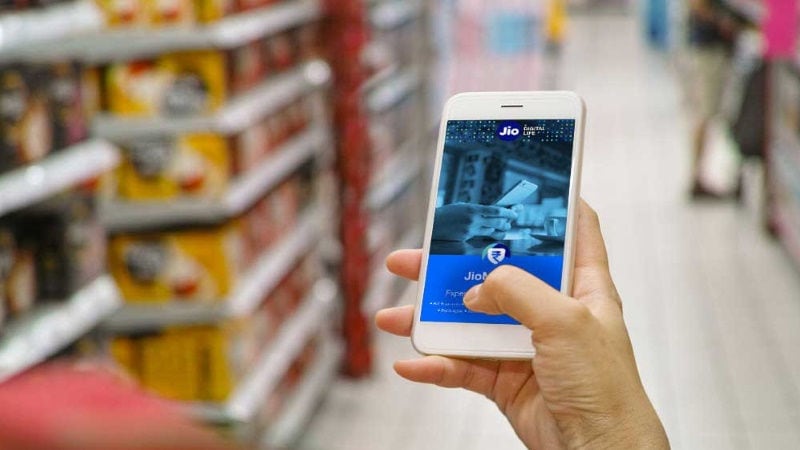 Reliance Jio Prime subscribers will get extra 4G data for free as part of the new ‘buy one, get one free’ offer. To avail the offer, Jio users simply need to subscribe to the Jio Prime service by signing up for one of the Jio Prime plans before March 31. Once you sign up for the plan, you will get extra data depending on the recharge pack you purchase.

Reliance Jio Prime vs Non-Jio Prime Plans: These are the Extra Benefits Customers Get

Having covered that, here's a look at other stories that made headlines today.

iPhone 7, iPhone 7 available with discounts, exchange offers on Flipkart
Flipkart is running a special promotion for iPhone 7 and iPhone 7 Plus, under which flat discounts and exchange offers are being provided on several variants of the two Apple smartphones. Buyers get a flat 5 percent discount on the 32GB, 128GB, and 256GB iPhone 7 and iPhone 7 Plus variants, along with an additional 5 percent discount if they make the purchase using Axis Bank Buzz credit card. In addition to this, exchange discounts of up to Rs. 25,100 are being provided across the range.

Idea Cellular provides 14GB data, unlimited calls at Rs. 348
With Reliance Jio providing 4G data at ultra-low rates even after the free services expire, Idea Cellular has launched a new recharge pack that effectively provides 14GB of data as well as unlimited calls at Rs. 348. The new Rs. 348 Idea recharge pack is not available for all customers, however, and is aimed at those who use little mobile data. As for the fine print, the new recharge pack provides 500MB of data per day to consumers, which totals to 14GB for the validity period of 28 days; users will be charged for the data consumed beyond 500MB.

Paytm raises $200 million to expand retail business
Soon after spinning off its e-commerce marketplace into a standalone app, Paytm has raised $200 million (roughly Rs. 1,337 crores) to expand its retail business. Alibaba.com Singapore E-Commerce Pvt Ltd with its $177 million (roughly Rs. 782 crores) investment now has a 36.31 percent stake in Paytm E-Commerce, while SAIF Partners’ share in the company stands at 4.66 percent because of its $23 million investment. The e-commerce company competes with market leader Flipkart and close-second Amazon, but also offers services such as ticket bookings.

iPhone 8 said to have USB Type-C fast-charging, Lightning port
KGI Securities analyst Ming-Chi Kuo in a research note said the upcoming iPhones will continue to sport the Lightning port, but Apple will deploy the 'USB Type-C Power Delivery' technology in the power chord for faster charging. This charging system will be implemented in all three variants – purportedly called iPhone 7s, iPhone 7s Plus, and iPhone 8. For this, Apple will make alterations in the internal components to integrate the USB Type-C port's 'Type C Power Delivery', but will retain the physical Lightning connector. This, along with Apple's earlier rumoured 2-cell L shaped battery will allow it to charge faster.

LeEco India confirms more layoffs in India, but not exiting the country
LeEco has confirmed to Gadgets 360 that more of the company’s employees have been laid off in an “optimisation exercise,” on top of the first round of layoffs. However, it denied reports saying that it will soon exit the Indian market, saying that India is one of the most strategic markets for the company. LeEco added that it is only changing its strategy from “fast market expansion to healthy and sustainable growth.” The company said it also plans to introduce several products in the Indian market this year in the TV and smartphone segments.

Amazon Web Services outage due to typo by employee
Amazon has revealed that the AWS (Amazon Web Services) outage that took down websites such as Airbnb, Quora, Netflix, and Reddit was caused by an employee’s typo. The company said that an AWS team member doing maintenance work tapped the wrong codes while trying to speed up the billing system, and unintentionally brought down more servers offline than they were meant to. Amazon has modified its system to remove server capacity more slowly and added safeguards to stop capacity from being removed when it will take any subsystem below its minimum required capacity level, the company said.