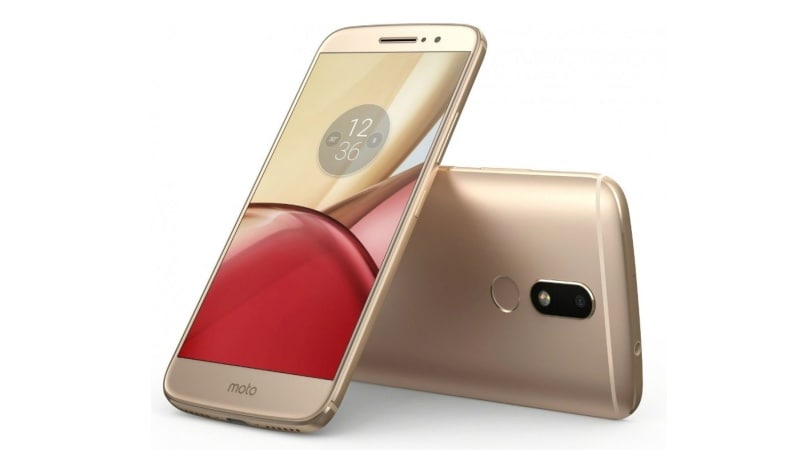 Shortly after the WannaCry ransomware attack caused major disruption around the globe, a new outbreak called Petya ransomware has spread across the globe, paralysing some hospitals, government offices and other multinational corporations on Tuesday. The Petya malware also reportedly impacted a container port in Mumbai. The malware is said to lock up computer files with a very strong encryption, after which it demands ransom for the release of said files. Ukraine and Russia are reportedly the worst hit by Petya ransomware.

In light of this, China has formalised a new cyber-attack response plan to ramp up protection. The Cyberspace Administration of China posted on its website that provinces are required to upgrade networks and construct expert response teams as part of the centralised reporting system.

Moto M now available offline in India
The Moto M was the company's first all-metal smartphone in the series, which launched as a Flipkart exclusive back in December. Now, Gadgets 360 has learnt that the Moto M is available for purchase offline via retailers in India, and the two variants are available at the same price of Rs. 15,999 and Rs. 17,999. The phone sports a 5.5-inch full-HD display, a MediaTek Helio P15 SoC, and a 16-megapixel rear camera.

In other Moto news, the Moto E4 has been tipped to launch in India soon at a price of Rs. 8,500. This information was tweeted by Indian retailer Mahesh Telecom.

New announcements from Qualcomm at MWC Shanghai 2017
At the ongoing MWC Shanghai 2017, Qualcomm announced its next generation fingerprint sensor technology, which has the ability to work underwater and even through displays. The new tech is the first commercially announced "integrated ultrasonic-based mobile solution" that can detect heartbeat and blood flow for improved authentication, as per Qualcomm's claims. This proof-of-concept was demoed on Vivo smartphone, where the fingerprint sensor was placed under 1.2mm of OLED display stacks. The company also unveiled its Digital Signal Processing (DSP) Photography Solution targeted at backlighting and night scene photography, and a Hi-Fi audio solution with a customised DAC decoding chip.

Asus ZenFone 4 series slated to arrive in July
Going by the latest leak, Asus is gearing up to launch as many as five new smartphones in its new ZenFone 4 series. These would typically include the ZenFone 4 Pro, Zenfone 4 Selfie, ZenFone 4 Max, two ZenFone 4 variants, and an Asus ZenFone 4V. The five smartphones have been listed on the Google Play Store support sheet (shared on ZenTalk forum). Expect the new models to be spread across different price segments and feature competitive hardware.

Amazon is extending Prime Video's introductory, discounted pricing globally
In a bid to give Netflix stiffer competition, Amazon has confirmed to Gadgets 360 that it will be extending its introductory pricing of USD 2.99 or EUR 2.99 per month for Prime Video, until the end of the year. This pricing is only for regions that do not have a Prime subscription service already available. Prime Video typically costs USD 5.99 a month, but it will continue with the introductory price in the 242 countries and territories it launched last December.

UberEATS expands to Delhi-NCR
UberEATS first launched in Mumbai as a direct competitor to other hyperlocals like Swiggy, and is now available in Delhi-NCR area, starting with Gurugram. There are currently 300 restaurants on board with more to follow as they plan to expand to the rest of Delhi. At the launch in Delhi, Bhavik Rathod, Head of UberEATS India, said that the growth in Mumbai has been very positive, and that after launching with just a handful of areas being covered in the city, the company has been able to scale up to cover most of Mumbai in "just eight weeks."

Meanwhile, Fox Sports has struck a deal with Facebook in the US to broadcast the Champions League matches on its pages. The partnership is said to involve two group matches per day, four round of sixteen games and the four quarter-finals of the 2017-18 season.