Oppo F3 Plus India Launch, Xiaomi Redmi 4A Goes on Sale, and More: Your 360 Daily 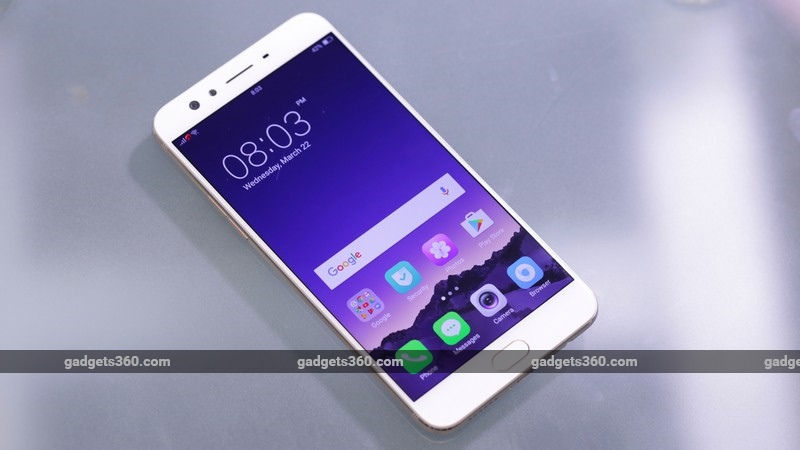 Oppo has launched the F3 Plus selfie smartphone with 4000mAh battery in India at Rs. 30,990. The Oppo smartphone has a 16-megapixel primary selfie camera with 1/3.1-inch sensor with an f/2.0 aperture, and 8-megapixel secondary selfie shooter for wide-angle selfies. Other selfie-centric features of the Android 6.0 Marshmallow smartphone include Beautify 4.0 app, Selfie Panorama, Screen Flash, and Palm Shutter.

With that covered, here’s a look at what else made news today in the world of technology:

Xiaomi Redmi 4A goes on sale in India, sets 'record'
Xiaomi Redmi 4A, launched earlier this week, has finally gone on sale on Amazon India and Mi.com at Rs. 5,999 in Dark Grey and Gold colours; the Rose Gold model will go on sale on April 6. Xiaomi said 250,000 Redmi 4A units were sold within 4 minutes across the two sales channels, claiming that this is a new record for fastest smartphone sale on launch day. Amazon India also said that during the period of the sale, it saw site-wide orders spike to a record 1,500 per second, and 5 million hits per minute.

Super Mario Run finally available for Android users
Four months after launching it for iPhone users, Nintendo has released Super Mario Run for Android. The game comes with free trial for all three modes – World Tour, Toad Rally, and Kingdom Builder; this is followed by a one-time fee of Rs. 800/ $9.99 to unlock everything else. The game is being launched gradually, and asks users to pre-register in regions where it is yet to be made available. Super Mario Run for iOS also received an update, adding more playable characters and new content in the free tier.

Most of Apple’s tax incentive demands not met, says minister
Commerce and Industry Minister Nirmala Sitharaman has informed the Rajya Sabha that most of Apple’s tax incentive demands to set up manufacturing plant in India have not been accepted. Apple India has asked the government for duty exemption on manufacturing and repair units, components, capital equipment and consumables for smartphone manufacturing and service/ repair for 15 years. Separately, the company reportedly had detailed deliberations with Finance Ministry regarding duty concessions; the meeting is said to have been attended by key Apple India executives.