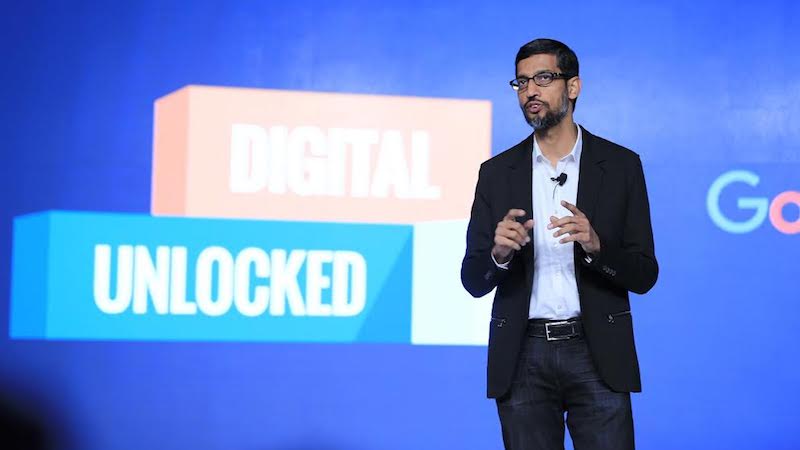 It might seem confusing that on the official website, CES 2017 is stated to be held from 5th to 8th January 2017, but there’s already ample news right before the event. That’s because most press events happen before the exhibition officially opens, and this year is no different. Here are the day’s top stories.

Qualcomm’s Snapdragon 835 is officially out
After the poorly-received Snapdragon 810 chip two years ago, Qualcomm set things straight with the Snapdragon 820 in 2016. For this year, the Snapdragon 835, which has been talked about countless times late last year, is an attempt to further improve the company’s flagship SoC (System on Chip) which power a majority of Android flagships. The Snapdragon 835 is an octa-core chip built on a 10nm fabrication process, features Quick Charge 4.0 and has improvements across the board.

Alongside, in partnership with ODG, two smartglasses powered by the company’s newest SoC was also unveiled. Do take the time to read more about these two announcements.

Asus launches Chromebooks, slim laptops, and compact PCs
Computers are not dead, contrary to what you may have read at many places - and CES 2017 is the place to be if you want proof. Asus is out with the Chromebook Flip C302, which, as the name suggests, has a screen that bends 360 degrees to go into tablet mode. It runs Chrome OS and supports Android apps too. Check out specifications, price, and the rest of the details.

There’s also the AsusPro B9440, which as per the company’s claims is the “thinnest business notebook in the world”. It has a full-HD display, 16GB of RAM, and a 512GB SSD. Also, the keyboard has an interesting tilted angle for easier typing, kind of like the Surface Pro 4. The VivoPC X is around the size of a gaming console, and packs hardware that’s ready for VR gaming, thanks to an NVIDIA GTX 1060 inside.

Samsung’s new refrigerators and washer-dryer are Internet connected
The Korean giant has always taken the lead in connecting its appliances to the Internet, and this year is no different. The Samsung Family Hub 2.0 refrigerators unveiled at CES 2017 are Internet connected, have a large 21.5-inch display outside the door, cameras on the inside, and support purchasing groceries from the appliance directly. Next, a four-in-one washer-dryer performs two simultaneous loads, and can be controlled by the company’s SmartHome app.

Samsung says the new 4K QLED TV is the company’s best one to date
Samsung has unveiled three new 4K OLED TVs, the Q9, Q8 and Q7, which are said to be the best TVs Samsung has ever made. They support the DCI-P3 colour space, like Apple’s iPhone 7 and the new MacBook Pro. The use of Quantum Dot material enables deep blacks and rich detail regardless of lightning conditions in the content. Pricing and availability of the TVs showcased at CES 2017 is unknown, but it’s safe to assume they won't exactly be affordable.

Sundai Pichai unveils new initiatives at an event in New Delhi
Google’s numero uno Sundar Pichai paid a visit to the country on the occasion of an SMB (Small and Medium Businesses) related event. The two initiatives he announced on Wednesday include a Digital Unlocked Training programme, that’s meant to get SMBs online and use the Internet the grow their business. The other one is called My Business Websites program, which will let SMBs create mobile-optimised websites easily and freely.

Nokia could launch as many as 7 Android phones in 2017
Earlier, a leaked roadmap had suggested that HMD Global, the company that will manufacture Android phones under the Nokia brand, will make 5 Android phones this year. But the number has been raised to 7, as per a new leak. While details about flagship-grade and mid-range models have surfaced in the past, the leak also suggests HMD will continue to release Nokia-branded feature phones as well.

Chinese manufacturers make up 40 percent of India’s smartphones in 2016
A report collated by the International Data Corporation (or IDC) suggests that China-based companies like Lenovo, Xiaomi, Oppo, Vivo, etc, claimed nearly 40 percent of smartphone market in India last year. This growth comes at an expense of the decline of some Indian phone makers like Micromax.

HP unveils updates to its high-end laptops and more at CES 2017
American computer manufacturer HP also had a lot to show on the occasion of CES. It is out with an updated Elitebook x360, which is said to be the world’s “thinnest business convertible” and claims a long battery life of over 16 hours. There was also the bigger 15.6 inch version of the Spectre x360, which touts a big battery and a high-resolution 4K display.

Next, you have the HP Envy All-in-One 34, which as the name suggests, has a huge 34-inch curved Quad-HD screen. Moving on, we have the HP Sprout Pro, an immersive all-in-one PC for commercial applications that features a touch mat display. Finally, the Omen X 35 is a curved 35-inch display with a ultra-wide (21:9) Quad-HD resolution of 3440x1440 pixels.