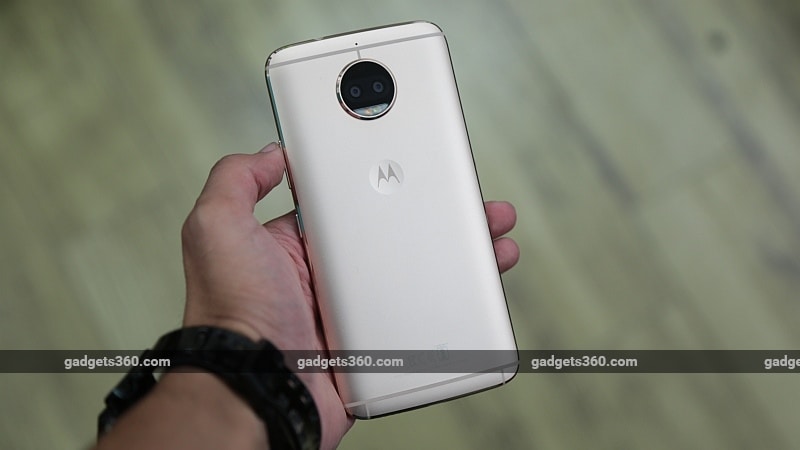 The Moto G5S and the Moto G5S Plus have arrived in India after their global launch earlier in August, with the phones priced at Rs. 13,999 and Rs. 15,999, respectively. The former is available only offline, while the latter can be purchased from Amazon India and Moto Hub offline stores. At launch, you can get Rs. 1,000 off on your old smartphone, discounted Rs. 499 price for Moto Sports headphones, and up to 50GB additional 4G data. The highlight of both new phones – bearing an extra ‘S’ moniker compared to their predecessors – is the rear camera. While the G5S has a single 16-megapixel f/2.0 sensor, the G5S Plus comes with two 13-megapixel f/2.0 sensors on the back.

Both new Moto phones also have fingerprint sensors on the home button, metal unibody designs, water-repellent nano-coating that make them splash proof, and fast-charging. Alongside, Lenovo India also announced that it was bringing down the price of Moto G5 Plus from Rs. 15,999 to Rs. 14,999, given it now has a better replacement.

Here's a look at the other major newsmakers of the day:

Xiaomi Redmi 4A now available in a new variant
Xiaomi launched a new variant – with 32GB internal storage and 3GB RAM – of the Redmi 4A in India on Tuesday at Rs. 6,999, almost half a year on from the phone’s launch in March. It’ll be available via Mi.com, Flipkart, Amazon India, Paytm, and Tata CliQ on Thursday. The existing variant of the Redmi 4A has 16GB storage and 2GB of RAM, priced at Rs. 5,999, so potential buyers now have another option to choose from.

Vodafone launches Rs. 392 plan with 28GB data in Delhi-NCR
Vodafone is now offering a new prepaid plan for consumers in Delhi-NCR, in a bid to combat the challenge posed by Reliance Jio. At Rs. 392 for a 28-day validity period, it offers 1GB of data per day – the variety Jio popularised – and unlimited local, STD and roaming calls. Interestingly, the pack is simply a revised version of the existing Rs. 349 recharge, so you’ll need to pay more in Delhi to get the same benefits.

Hotstar to get full-HD videos soon; Amazon gets Cartoon Network shows
Hotstar is currently in the works to introduce full-HD resolution videos on its platform, with two sources telling Gadgets 360 to expect the rollout in the next couple of months. At the same time, the streaming service is also in talks with HBO and other premium content providers to enable downloads on the licensed content, which would allow you to watch Game of Thrones offline.

Meanwhile, Amazon has partnered with Cartoon Network to bring its slate of shows onto its streaming platform, Prime Video. That includes the likes of Ben 10, Johnny Bravo, Powerpuff Girls, and Dexter’s Laboratory among others. The deal has been done with Turner India, so it doesn’t include CN content from the US, such as Samurai Jack.

Moto X4 might launch this weekend
Lenovo might launch the Moto X4 on September 2, as per an official poster for a new event in the Philippines, titled ‘Hello Moto X Jadine FB Live’, which will feature the popular duo James Reid and Nadine Lustre who have earned the nickname ‘Jadine’. Moreover, a tipster has revealed that the Moto X4 will most likely cost $349 (about Rs. 22,400) and $399 (about Rs. 25,600), which suggests that the phone has two variants.

Samsung Galaxy Note 8 has the best smartphone display
Samsung’s Galaxy Note 8 has the best smartphone display DisplayMate has ever tested, the calibration and testing firm revealed on Tuesday. The 6.3-inch Super AMOLED screen has a resolution of 1440x2960, a peak brightness of 1,200 nits, and is capable of HDR (high-dynamic range) video. DisplayMate also praised its native colour gamut, colour accuracy and reproduction, improved viewing angles, and better power saving modes.

Zomato close to implementing UPI
Zomato will soon have support for India’s UPI (Unified Payments Interface) payment system, the restaurant search and food delivery start-up told Gadgets 360 in a statement. "We understand this is already in the works and are looking forward rolling this out in the near future," a spokesperson said. However, the company is waiting for an update from NPCI, which plans to further improve interoperability on its platform.

Facebook pages that spread ‘fake news’ will have their ads rejected
Facebook will start rejecting ads from pages that have a habit of spreading false news stories, in a bid to combat the rise of ‘fake news’ that has swirled in the wake of Donald Trump’s election as US President. "If Pages repeatedly share stories marked as false, these repeat offenders will no longer be allowed to advertise on Facebook," product managers Tessa Lyons and Satwik Shukla said in a blog post.

Google Play Protect now extending to devices itself
Google is extending its Play Protect feature to devices, after rolling it out to device settings and Play Store since the announcement at I/O 2017. The company said that certified devices would come with Google Play Protect out-of-the-box, and help protect against malware-infected apps. It’s an attempt by the Android maker to ensure that customers are better protected in light of incidents from previous years.