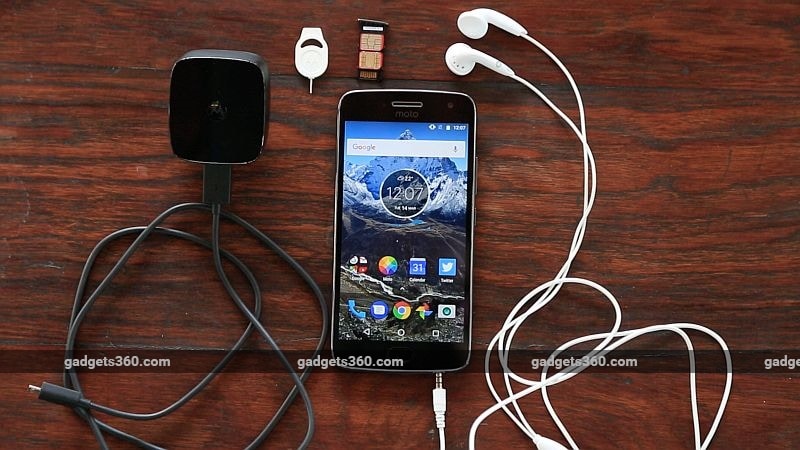 Just a fortnight after its unveiling at MWC 2017, the Moto G5 Plus has been launched in India; there is no word yet whether the Moto G5 will be launched in the country. Available exclusively on Flipkart, the new Moto G5 Plus comes in two variants – 16GB storage + 3GB RAM at Rs. 14,999 and 32GB storage +4 GB RAM at Rs. 16,999 – and will be available starting 11:59pm tonight. The smartphone has a 5.2-inch full-HD screen, Android 7.0 Nougat operating system, Snapdragon 625 processor, 12-megapixel rear camera, 5-megapixel front camera, 3000mAh battery, and a fingerprint sensor. Flipkart has several launch offers for the Moto G5 Plus, such as BuyBack Guarantee, exchange discount, no-cost EMIs, and special discounts on SBI debit and credit cards.

While the Moto G5 Plus launch stole the limelight today, it was not the only big tech news today. Scroll down to read what else happened in the world of technology through the day.

Xiaomi launch event on March 20, Redmi 4 series expected
Xiaomi India has sent out press invites for a launch event on March 20 in New Delhi, where the Chinese company is expected to launch as many as four smartphones. Going by the invite and the emphasis on the 4 and A symbols, the company may launch the Xiaomi Redmi 4 series, which has been unveiled in China. This Xiaomi series includes the Redmi 4 Prime (CNY 899, roughly Rs. 8900), Redmi 4 (CNY 699, roughly Rs. 6,900), Redmi 4A (CNY 499, roughly Rs. 4,900) and Redmi 4X (CNY 699).

Sony Xperia XZ gets a Rs. 10,000 price cut
Sony Xperia XZ, launched in India last October, has received a price cut that brings down its price by Rs. 10,000. The smartphone was released at Rs. 49,990, but can now be purchased on Amazon India – Sony’s official online partner for the handset – for Rs. 39,990; on the official Sony website, it is listed at Rs. 41,990. The USP of the Sony Xperia XZ are the three camera sensors on the back – one that tracks and predicts movement of objects in the frame, one to make focusing on the object better, and one to deliver accurate colour reproduction.

Samsung Galaxy S8 teasers suggest new colour options, AI, more
Samsung Philippines is taking an opinion poll of what the company’s fans want from the Galaxy S8, which will be launched on March 29. Options include a superior camera, premium and stylish design, enhanced battery life, powerful gaming performance, and enhanced virtual reality experience. The official poll hints that Samsung may add a new functionality for virtual reality as well. A separate poll being run by a Brazilian e-commerce company asks users whether they want the handset in Black, Silver, or Amethyst colour, suggesting that the smartphone may come in these colour options.

Google Allo can reveal all your searches to friends
Google’s AI-based messaging service Allo can reportedly reveal your search history to your contacts. The report claims, the Google app “has been found to be capable of "sharing users' past Google searches with contacts, without being prompted to,” and has been described as a technical glitch. In response, Google said that it has been notified of Google Assistant’s unusual behaviour within Allo, and has fixed the issue.

Nokia 7, Nokia 8 will reportedly run on Snapdragon 660
While previous rumours have pegged the Nokia 8 as the company’s flagship Android phone, the new report claims the smartphone will be a mid-ranger powered by the yet-to-be-announced Snapdragon 660 processor. The same chipset will be doing the paces in Nokia 7 as well, says the report. One of the above-mentioned smartphones will feature a large screen and QHD screen resolution, whereas the other will have relatively smaller screen and full-HD panel. Both upcoming Nokia smartphones are said to feature fingerprint sensor, large camera sensor, and fast charging.

Google Pixel 2, Pixel XL 2 said to be codenamed Walleye, Muskie
Google’s upcoming Pixel smartphones, likely to be named Pixel 2 and Pixel XL 2, are reportedly being developed under the codename Walleye and Muskie, respectively. The Walleye name has been spotted on the Android Open Source Project (AOSP) gerrit as well. Not much else is known about the upcoming Pixel models, but they are likely to be launched in October this year. Google has confirmed that it will launch the successors to the Google Pixel and Pixel XL, and that both will be positioned as premium smartphones.