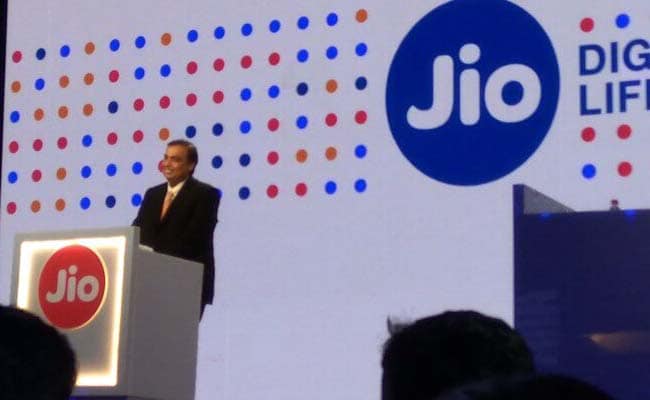 Jio has revised its tariff plans, raising the price of the Rs. 399 pack, which offers 1GB data per day for 84 days, to Rs. 459. Now, users will get 1GB data per for 70 days with the Rs. 399 recharge pack. The revision was promised last week when Jio announced it is giving consumers Rs. 400 cashback on purchase of the Rs. 399 recharge. The company has also reduced the validity of the Rs. 509 pack from 56 days to 49 days, and still offers 2GB per day with it. On the other hand, those who buy the Rs. 149 Jio prepaid pack (validity 28 days) will get 4GB data instead of 2GB. These plans will become effective starting Thursday, October 19.

Let's check out what else made news in the world of technology today:

WhatsApp live location sharing feature launched for iOS and Android
WhatsApp is rolling out a new feature which will let you share your live location for a specified amount of time with your contact or a group of contacts. This will soon be available for the Android and iOS apps. With the update in effect, when you go to share your location, you'll be prompted to select a duration you wish to keep it active like 15 minutes, 1 hour (default), and 8 hours. You can't share your location indefinitely like other apps like iMessage or Google Maps. Zafir Khan, Product Manager tells Gadgets 360 that the feature has been optimised to not negatively impact the phone's battery performance.

Microsoft launches Surface Book 2, Surface Precision Mouse and Classic Intellimouse
Alongside its Windows 10 Fall Creators Update, Microsoft also announced the second generation of its Surface Book laptop, unsurprisingly called the Surface Book 2. Just like its predecessor, the Surface Book 2 is also a hybrid Windows 10 laptop, which can be used in various modes like tablet, tent, studio and laptop. It will come in two sizes - 13.5-inch and 15-inches, and will come in varying configuration options with Intel's eight-gen Core processors, up to a 16GB RAM and 1TB SSD drive, onboard or Nvidia's GTX 1050 graphics. The laptop also has Microsoft's PixelSense display which supports a resolution of 2160x3240 and Windows Ink stylus input. The base 13-inch model starts at $1,499, and $2,499 for the 15-inch. Preorders in the United States will start on November 9, with shipping starting November 16.

The company also announced two new new mice. The first, called the Surface Precision Mouse, is targeted at professionals that work on coding, engineering and graphics. It features an ergonomic design which includes a flange to rest your thumb, runs on Bluetooth 4.2,  and can be used as a wired mouse too. It's priced at $99.99 (roughly Rs. 6,510) and pre-orders begin on November 9 in the United States. The second is the Classic Intellimouse which features improved tracking and will be "coming soon" for a retail price of $39.99 (roughly Rs. 2,600).

Nokia 9 leaks again in a new concept video
Earlier this month, press renders of the Nokia 9 leaked online and now, Youtuber Concept Creator has posted a new video which gives us a visual tour of the phone's supposed design. Corroborating previous leaks, the new video shows the curved edge display on HMD Global's upcoming flagship and the fact that they might ditch the headphone socket for their next flagship. The phone can also be seen having a glass back, a rear-mounted fingerprint scanner and the rumoured specifications include IP68 certification and 128GB inbuilt storage.

Xiaomi is very happy with its smartphone performance this year
Xiaomi expects 2017 to be its best year yet as founder and CEO Lei Jun expects to ship 90 million units before the year closes. The company has been aggressively expanding its offerings to extend its reach in various markets. Most recently, it launched the Redmi 5A which should be a popular smartphone given how successful its predecessor was. In India alone, Xiaomi has shipped more than 25 million smartphones since its entry around three years ago, according to the company.

Sennheiser HD 660 S headphones launched
Sennheiser has launched the successor to its popular HD 650 headphones, which were launched all the way back in 2006. The HD 660 S sport an all-new matte black and anthracite build along with an entirely fresh transducer design to deliver an improved audio experience, according to Sennheiser. It also goes on to state that the headphones have a tight tolerance of +/- 1dB, which helps in balancing the audio from both the drivers. Additionally, there is a low impedance at 150 Ohm, significantly down from the 300 Ohm of the HD 650s. It's available in the US and UK with a price tag of $499 (approximately Rs. 32,450).

Dropbox announces new paid tier called Professional
Popular cloud storage provider Dropbox has added a new paid tier aimed at freelancers called Professional. The company is charging $19.99 a month for Professional tier, and it will offer customers a terabyte of storage and a range of other features to go with  it. Among the features Dropbox Professionals will be able to avail include Showcase, a feature that allows an introduction to be added to the documents and files one is sharing; password-protect folders and create links that expire after a certain period of time. A yearly plan with Professional will cost you $199.

Samsung Galaxy Tab Active 2 rugged Android tablet launched
Samsung has launched a new rugged tablet for the Netherlands called the Galaxy Tab Active 2. It's priced at EUR 500 (roughly Rs. 39,000) and will go on sale starting November end, according to a report. It supports military standard MIL-STD 810G certification and a display that supports touch with even gloves on. It also comes with dust and water resistant IP68 certification. Other specifications includes an 8-inch HD TFT display, an octa-core Exynos 7880 SoC and 3GB of RAM.

Lenovo K8, K8 Note, K8 Plus will get Android O update by July 2018
With Lenovo's move to stock Android over it's custom fork, one would expect the Chinese company to usher in updates a lot quicker. However, this might not be the case after all. The company has updated its "Upgrade plan for smartphones" list on its Support page adding the Lenovo K8 series, all of which were promised Android 8.0 Oreo updates. However, there's a long wait for owners of these phones as this update is only expected by mid of next year. So much for speeding up Android updates.

Samsung says it's ready for 8nm chip mass production
Samsung is all set to move to a smaller fabrication process for its SoCs with its 8nm FinFET process (8nm Low Power Plus) technology. This is said to be a stop gap solution before it moves to the 7nm process next year. 8LPP offers a rage of improvements like up to 10 percent lower power consumption compared to 10LPP. "With the qualification completed three months ahead of schedule, we have commenced 8LPP production," said Ryan Lee, Vice President of Foundry Marketing at Samsung Electronics.

Google Calendar for web gets Material Design facelift
Google announced its Material Design language for Android back in 2014 and ever since, it has been adapting its products and services with this look to maintain uniformity across platforms. Google Calendar for web is the latest product to receive this update. To get this, simply head to calendar.google.com and tap the 'Use new Calendar' button on the top right. On clicking, users will switch to Material Design version of the Calendar app. The new look essentially makes it easier for users to see event details at a glance, quickly add new events, and also presents new view options.