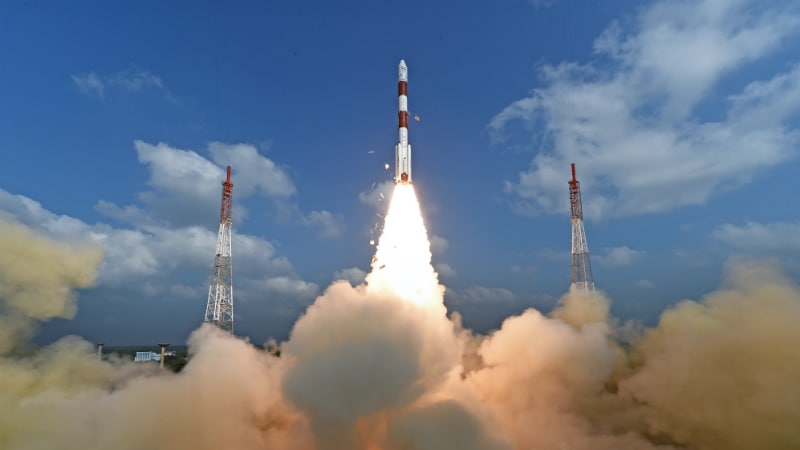 The Indian Space Research Organisation (ISRO) launched the PSLV-C37 rocket with as many as 104 satellites onboard, soundly breaking the record held by Russia. Only three of the satellites aboard the ISRO rocket belonged to India, while the remaining belonged to organisations and institutions based in the US, UAE, Kazakhstan, Israel, Netherlands, and other countries. ISRO also announced that it will launch the rocket carrying the SAARC satellite in March this year, and Chandrayaan-2 in the first quarter of 2018.

With that out of the way, let’s take a look at other important tech stories of the day.

Reliance Jio is headed to MWC 2017
After making a splash in the market with its launch, Reliance Jio is headed to MWC 2017 in Barcelona, the biggest mobile expo of the year. The telecom operator and Samsung are jointly hosting an event at MWC 2017 to “foster engagement and participation among industry leaders, governments, and communities, by discussing Reliance Jio's successful 4G LTE business and how it has transformed the everyday lives of 1.3 billion Indians.” The event is scheduled for 1:15pm IST on February 28 and may be used as a platform for Reliance Jio to market itself for potential international businesses, and maybe even announce a global foray.

Nokia 6 global launch seems imminent; Nokia 3 price, specifications leaked
Nokia 6, which has only been launched in China so far, may go global soon. While reports indicating such a move by HMD Global had cropped up earlier, the latest word on the matter makes it appear that Nokia 6 global release is almost certain. According to a report, a Nokia 6 global variant with model number TA-1003 has been certified in Taiwan. The same model number was spotted on GFXBench as well as on Bluetooth certification site recently. The listed Nokia 6 global model supports LTE, GSM, and CDMA, making it compatible with networks worldwide. The announcement related to Nokia 6 and other Nokia Android phones is likely to be made at MWC 2017.

In other Nokia MWC 2017 rumours, the specifications and prices of the upcoming Nokia 3 budget Android phone have been leaked online. The report claims that the Nokia 3 will sport a 5.2-inch HD display, run Android 7.0 Nougat software, and will be powered by a 1.4GHz quad-core Snapdragon 425 chipset with 2GB RAM. Nokia 3 is said to come with 16GB internal storage, 13-megapixel rear camera, 5-megapixel front camera, and support storage expansion via microSD cards. The Nokia 3 Android phone priced is rumoured to be EUR 149 (approximately Rs. 10,500).

WhatsApp takes first big step towards making money
WhatsApp has reportedly hired Facebook’s Vice President of Product Marketing Matt Idema as its first Chief Operating Officer. A report said that while Idema’s role is still being decided, “monetisation will be his key focus.” He will report to WhatsApp CEO Jan Koum, and take over his new position in coming weeks. WhatsApp does not make money from its services till now, unlike the advertising-powered Facebook and Instagram. Idema is responsible for “product strategy and global go-to-market for all of Facebook's Advertising and Business Products,” according to his LinkedIn profile.

Samsung Galaxy S8 launch date to be announced at MWC 2017
Samsung’s mobile chief Koh Dong-jin has reportedly confirmed to a South Korean publication that the company will announce the official Galaxy S8 launch date at its MWC 2017 event later this month. The company is hosting an event at the MWC this year, where it is expected to unveil the Galaxy Tab S3 Android tablet and host a one-minute teaser of the upcoming flagship smartphone. Previous leaks have suggested that Samsung Galaxy S8 and Galaxy S8+ will be launched on March 29 and will be released worldwide on April 21.

Uber, Ola Drivers’ strike continues in Delhi-NCR
Uber and Ola drivers in Delhi-NCR continued their strike for the fifth day, which led to autorickshaws fleecing harried customers. Sarvodaya Driver Association of Delhi (SDAD) again said that it will continue the strike till its demands are met by the two taxi-app companies. The drivers have been protesting since Friday over low fares and the lack of basic amenities provided by Ola and Uber.

PewDiePie dropped by Disney, YouTube over anti-semitic video
Felix Kjellberg, better known as YouTube star PewDiePie, has been dropped by Disney’s Maker Studios as well as YouTube over anti-semitic videos that he reportedly made. He has been the highest-paid YouTube creator for the past few years, and has over 53 million subscribers on his channel. YouTube also said that PewDiePie’s channel is being dropped from Google Preferred. On his Tumblr, PewDiePie said that he didn’t mean any offense with the controversial videos and doesn’t support “hate-based groups.”