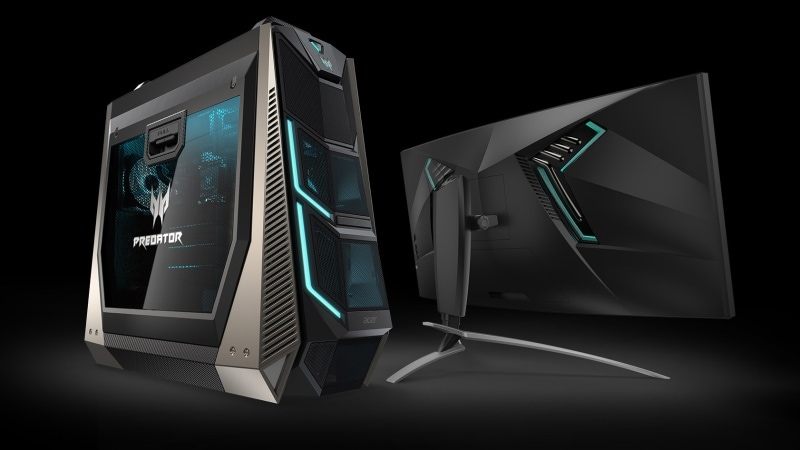 With the iPhone 8, Apple is about to make a drastic change in the way we interact with its software on mobile. The company's brand new product is said to finally bid adieu to the beloved Home button, which calls for new ways to navigate around iOS. According to a recent report, sources familiar with the gadget say that the iPhone 8 will introduce new gesture controls for tasks like going to the home screen and opening multitasking view.

The display panel is also said to be of the OLED type, it will have a longer power button on the right, and on this software front, it is said to have an iPad-style dock, as seen in iOS 11. The iPhone 8 screen is also said to be flat and will not have curved edges like Samsung's 2017 flagship offering. It isn't a long wait now before all will be revealed next month, likely on September 12.

Lenovo K8 Plus India launch date confirmed
Even before Lenovo launched the K8 Note (Review), another variant called the K8 Plus was spotted on a benchmarking website. Now, the company has officially confirmed that the K8 Plus will be launching in India on September 6 and it will be a Flipkart exclusive. The launch news was confirmed after Lenovo India tweeted a teaser for the phone, followed by Flipkart announcing the exclusivity deal. the focus here seems to be on media consumption if you go by the dedicated media button that's being teased on the Lenovo K8 Plus. We'll know more about the exact specifications and pricing in about a week.

Xiaomi Mi MIX 2 launch set for September 11
Xiaomi is preparing to launch the next generation Mi MIX device and now, we know exactly when and what it will be called. According to a new Weibo post, the new phone will be call Mi MIX 2 and will make its debut on September 11. It's really not a coincidence that Xiaomi has chosen a date, just prior to when Apple is all set to reveal the iPhone 8. The teaser only shows the borders of the phone but we're assuming that's what the product might actually end up looking like, if you remember its predecessor.

In other Xiaomi news, Paytm has now announced that the Xiaomi Redmi Note 4 and Mi Max 2 smartphones will now be available to purchase with a cashback of Rs. 300 on Mi Store app and Mi.com website. The minimum transaction amount needs to be Rs. 6,000 and over to be eligible for the cashback and the offer is only valid once per user for only one transaction.

YouTube gets a new logo, a facelift on desktop
Google's video platform is getting a new makeover on the desktop. YouTube is getting a material design do-over and a refreshed logo too. Design changes are also coming to the mobile app on Android and iOS soon. The mobile app is also getting a bunch of new features including a 'Clean' new design where the header is now white to focus on the content while the navigation tabs have been moved to the bottom of the app for easy access via thumbs.

Meanwhile, Alphabet Inc's Google on Wednesday unveiled ARCore, which is a set of APIs to bring augmented reality apps to a wider range of Android devices. This seems like the company's answer to Apple's ARKit. This will first be available on the Samsung Galaxy S8 and Google's own Pixel phone. The company said in a blog post that it hoped to make ARCore available to at least 100 million users, but did not set a date for a broad release.

Cortana and Alexa tag-team it to take on Siri and Google Assistant
Once seen as fierce competitors, Microsoft and Amazon have realised that the quickest way to gain foothold for their respective digital assistants would be to pool their resources together. Later this year, you'll be able to use Alexa on Windows 10 machines and Cortana on Alexa-enabled devices. As part of the unusual partnership, Amazon CEO Jeff Bezos to say Alexa will be able to work with Office products, a feature of Cortana that he particularly liked.

Micromax Canvas Plex Tab launched in India
We know what you're thinking - another budget Android tablet? Pass. However, Micromax is giving users a neat little value-add, which is a year's subscription to Eros Now premium tier for streaming movies. While you can load Amazon Prime Video or Netflix on pretty much any Android tablet, the Canvas Plex Tab is targeted at those who don't want to bother with such monthly subscriptions. It's priced at Rs. 12,999 and will be available from offline stores. Some features include cellular connectivity, DTS sound, an 8-inch display, quad-core MediaTek SoC, 3GB of RAM, and 32GB of storage.

BSNL to set up 1 lakh Wi-Fi hotspots across India
With the focus on improving the state of the Internet in India, BSNL Chairman and Managing Director Anupam Shrivastava said that the telecom operator will set up 1 lakh Wi-Fi spots across India by March 2019. The company is said to invest about Rs. 1,800 crores in setting up 70,000 Wi-Fi hotspots and the USOF is providing a fund of Rs. 900 crores, including three years of operation and maintenance for setting up 25,000 hotspots.

OnePlus 5 starts receiving bug-fixing OxygenOS 4.5.10 update
There hasn't been a phone in recent times that has received as many software patches as the OnePlus 5. The smartphone is now receiving OxygenOS 4.5.10 which brings improved camera stability and a fix for the display issue on the calling screen. Other improvements are said to include improved photo noise reduction, improvement to Jio call functionality, improved Wi-Fi, and noise and texture improvements while capturing videos in 60fps.

Separately, OnePlus has also announced that the company will be offering a 10 percent discount off the price for students who want to purchase the company's OnePlus 5 smartphone. Sadly, this offer is not valid for students in India and is only available for students in the US, Canada, and some European countries.

Samsung Galaxy J7+ price and availability details leak
Samsung's J series of smartphones is about to get a very interesting addition in the form of the Galaxy J7+. The first reason is that this will be the first mainstream smartphone to get a dual camera setup and the second phone in Samsung's entire portfolio. Secondly, it's also rumoured to support Bixby, which makes it the first smartphone, outside the flagship Galaxy S8 series and Note 8, to feature it. According to a new report, it's widely expected to be made available in Thailand first and is said to be priced at THB 12,900 (roughly Rs. 25,000).

In other news, the current  Galaxy J7 (2016) is reported to have started receiving the Android 7 Nougat update. Users in Russia have currently reported this so a wider rollout should happen soon.