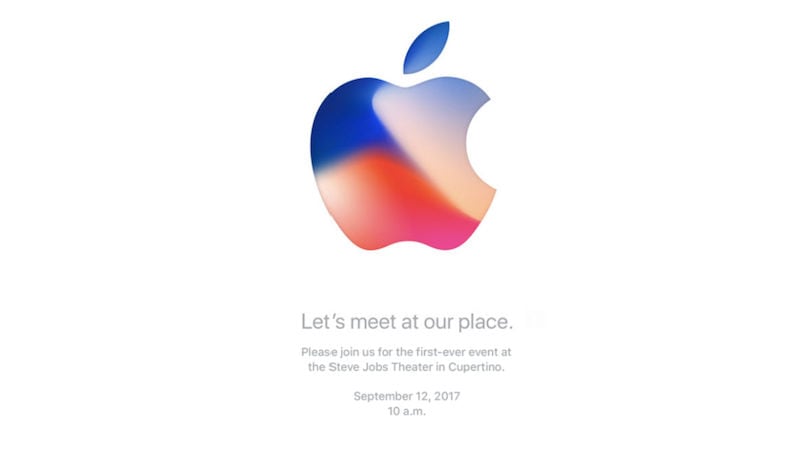 iPhone 8 launch date is now official as Apple has started sending invites for a September 12 event at the Steve Jobs Theater at its new campus in Cupertino, California. Apart from the iPhone 8, the company is also expected to unveil the iPhone 7s and iPhone 7s Plus, as well as an upgraded Apple TV model with 4K and HDR support. Also expected at the September 12 iPhone 8 launch event are LTE-enabled Apple Watches that will make the wearable much less reliant on iPhones.

LG V30, V30+ smartphones launched at IFA 2017
LG has launched the V30 smartphone at IFA 2017 after months of speculations. The smartphone features a 6-inch OHD+ OLED FullVision Display with a 18:9 aspect ratio. Apart for the bezel-less display, the new LG V30 sports flagship-class features like Bang & Olufsen audio, MIL-STD 810G rating for durability, along with IP68 dust and water resistance. One of the highlights of the LG V30 is the dual camera setup on the back with one 16-megapixel camera with an f/1.6 aperture, a first on a smartphone; there's also the 13-megapixel with a 120-degree wide-angle and an f/1.9 aperture in front. Powering the V30 is the Snapdragon 835 SoC along with 4GB of LPDDR4x RAM and 64GB of storage. LG also launched a higher storage variant of the V30 called the V30+, featuring 128GB of built-in storage.

Xiaomi Mi 5X not launching in India next week
We already know that Xiaomi has been teasing the launch of a new smartphone next week. While most have been speculating that the Mi 5X would be the main candidate for the launch, a recent teaser from Xiaomi to some extent confirms that the smartphone will be from a new series entirely. It could be an entirely new device, raising speculations about the Mi 5X-inspired Android One smartphone.

Nokia 130 now on sale in India
The Nokia 130 (2017), which was unveiled last month, is now on sale in India via offline retail stores. The feature phone will be available in three colour variants - Red, Grey, and Black. HMD Global  is touting the 'try and buy' games bundle from Gameloft it had bundled with the phone. The dual SIM Nokia 130 (2017) is priced at Rs. 1,599 in India, and features a VGA camera on the back, and support for MP3 files. There is 4MB RAM, 8MB of storage, and a microSD card slot capable of cards up to 32GB.

Intex Aqua Note 5.5 launched in India
Indian smartphone maker Intex has launched a new 4G VoLTE smartphone in the form of the Aqua Note 5.5. The smartphone features a 5.5-inch HD display and is powered by a MediaTek MT6737 SoC coupled with 2GB of RAM and 16GB of internal storage. It has an 8-megapixel primary camera and  a 5-megapixel selfie camera. Priced at Rs 6,199 the highlight of the Note 5.5 is the selfie flash, and the Android Nougat that it runs out of the box.

Things are moving in the tablet market too, as Lenovo has beaten Samsung to capture the top position in the tablet market in India, according to IDC. Lenovo had 21.8 percent market share in the second quarter of 2017, the market research firm says, while Samsung slipped to the second place (while maintaining the shipment volume of the previous quarter) with a market share of 20.6 percent.

Skype Lite adds ability the send and receive SMS
The Skype Lite app now has the ability to send and receive text messages. Of course, Microsoft is not the only company enabling support for traditional text messages, several instant messaging clients including Facebook's Messenger do that already. Microsoft is differentiating Skype Lite by boasting of SMS Insights, a feature that aggregates useful information from all your messages. It organises and sorts messages based on the information they contain using Microsoft's Machine learning models.

Google Assistant now on third party smart speakers & LG appliances
At the ongoing IFA 2017 event Google announced that its virtual assistant will no longer be exclusive to its Google Home smart speaker. The Google Assistant will soon be available in new third-party speakers, starting with the Zolo Mojo by Anker, TicHome Mini by Mobvoi, and the GA10 by Panasonic. The tech giant also announced a partnership with LG to integrate the Google Assistant in its consumer appliances thereby letting users control it by using their voice.