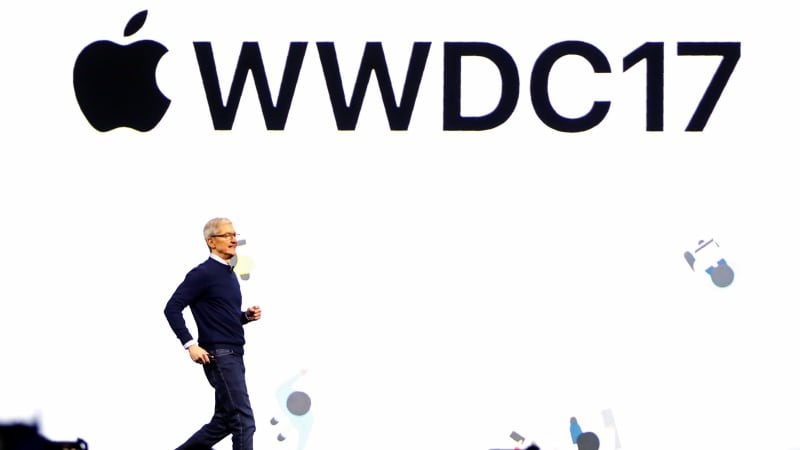 At WWDC 2017, Apple showed off a revamped iOS 11 along with changes to the App Store. Support for 32-bit apps will end when iOS 11 hits, and even macOS High Sierra - Apple’s next desktop OS, will drop support for 32-bit apps. The new software for iPhone and iPads will bring faster Safari browser, smarter Siri, redesigned Control Centre, Files app, and several other new features. At the event, Apple also unveiled a new 10.5-inch iPad Pro model with thinner bezels, better screen, cameras the same as iPhone 7's, along with a refreshed 12.9-inch iPad Pro; the two models will be launched in India next month. The MacBook lineup also got a refresh as did a new iMac, while an all-new iMac Pro was unveiled, with release scheduled for December.

In other Apple news, albeit closer to home, India wants Apple to create jobs in exchange for tax benefits. The move comes amid concerns that growth in Asia's third-largest economy isn't helping add jobs.

OnePlus claims improved customer support in lead up to OnePlus 5 launch
In the lead-up to the launch of its OnePlus 5 flagship smartphone, the company has now released a video to showcase the improved customer service support that will now be available to its users. The company says that from five people initially in customer service, it now has around 500 people in the customer support department. It says that it now has customer service centres in 10 different locations around the world. OnePlus says that users simply need to contact the company, by either calling, through live chat or social media, or by one of its forums and it will then take care of pickup, transport, as well as repair and returns.

UPI payments may become chargeable soon
The Unified Payments Interface (UPI) is the Indian government’s attempt to convert the masses to cashless payments. The intent was to allow money transfer between two bank accounts with a phone. Many banks followed the governments regulation and launched their own UPI apps. After a holiday period UPI transactions will be chargeable from July 10 onwards.

ZTE sub-brand Nubia has launched the Z17 mini smartphone with dual rear cameras (13-megapixels monochrome + RGB) in the Indian market at Rs. 19,999 in exclusive partnership with Amazon. The smartphone has a 5.2-inch full-HD screen with nearly no bezels on the sides, and runs Android Marshmallow software. Other key Nubia Z17 mini specifications include octa-core Snapdragon 652 processor, 4GB RAM, 64GB internal storage, up to 200GB microSD card support, and 2950mAh battery.

Huawei Honor 9 release date; Honor 6X price drop
The Honor 9 smartphone, which has earlier been a part of leaks, has now received an official launch date. In line with a poster leaked last week, the new official poster has confirmed that Honor 9 will be launched by the company at its June 12 event. The launch poster teases the dual camera setup on the smartphone just like the previous leaks. To recall, the Huawei Honor 9 is expected to feature a 20-megapixel + 12-megapixel sensor at the back of the smartphone, as per the report. The phone has further been tipped to be powered by a HiSilicon Kirin 960 SoC coupled with either 4GB or 6GB of RAM.

In other Honor news, Huawei has decided to slash the price of the Honor 6X smartphone in the country. The Honor 6X is now available to purchase from Amazon India exclusively, at a price starting at Rs. 11,999. The Honor 6X was launched at Rs. 12,999 and Rs. 15,999 for the 32GB and 64GB variant exclusively. However, the price has now been reduced to Rs. 11,999 and Rs. 13,999 respectively. The smartphone is exclusively available on Amazon India for purchase, and the new prices are already reflecting on the e-commerce site.

Android June Security Update rolling out to Nexus and Pixel owners, fixes Pixel freezing issue
Google is now rolling out the Android June security update for Pixel and Nexus users. This update brings a number of bug fixes and security patches, the most notable one being a fix for Pixel users experiencing the sporadic freezing issue since sometime. Factory and OTA images are already live for compatible devices. This update can be downloaded for Google Pixel, Pixel XL, Pixel C, Nexus 6P, Nexus 5X, Nexus Player, Nexus 6, and Nexus 9 devices. On the Google Product forum, an employee has confirmed that the patch also brings a fix for the Pixel freezing issue.

Siri, WeChat, and other apps may put you at risk of voice hacking: study
Siri, WeChat and other voice-based smartphone apps can expose you to voice hacking, warn scientists who are developing a new app to stop the growing security threat.With just a few minutes of audio samples, attackers can replay your voice convincingly enough to trick people as well as top digital security systems, researchers said.

The consequences, from impersonating you with your friends to dipping into your bank account, are terrifying, they said. Using only tools already on smartphones, a team of engineers led by University at Buffalo in the US is creating an app to stop voice hacking.

The smartphone was launched in Chrome Black and Matte Black colour variants. The Yu Yureka Black price in India is Rs. 8,999, and it competes with the Xiaomi Redmi 4 and Coolpad Note 3 Lite.

Though it runs the dated Android 6.0 Marshmallow, the Yu Yureka Black packs a few software features. These include an ability to easily take and save screenshots by sliding three fingers; a one-handed-mode; ability to take full page screenshots; double tap screen to unlock device; and double tap home button to lock the phone. You can also flip the Yu Yureka Black to mute it when you are getting an incoming call; lift phone to call a contact, and flip the phone to snooze an alarm.

ZTE V870 with 4GB RAM, Snapdragon 435 SoC launched
ZTE has launched the all-new V870 mid-range smartphone in its homeland. Priced at CNY 2,699 (roughly Rs. 25,500), the ZTE V870 smartphone is now available to buy in China. The new ZTE V870 sports an all-metal body, and features a fingerprint scanner at the back. The device also sports dual speakers at the bottom panel.

For specifications, ZTE V870 features a 5.5-inch full-HD IPS display. It is powered by an octa-core Qualcomm Snapdragon 435 processor clocked at 1.4GHz coupled with 4GB of RAM. It packs 64GB inbuilt storage, and supports expandable storage via microSD card (up to 128GB). On the camera front, it sports a 16-megapixel rear camera with LED flash and f/2.0 aperture. There's also an 8-megapixel front camera on-board. The phone ships with a 3000mAh non-removable battery. The V870 runs on Android 7.0 Nougat and support 4G connectivity apart from other standard connectivity options. It measures 156x76x7.8mm.

Pokemon Direct 2017: Every Pokemon Game and Release Date for Nintendo Switch and 3DS You Need to Know
India Price of New iPad and Mac Models Apple Announced at WWDC 2017