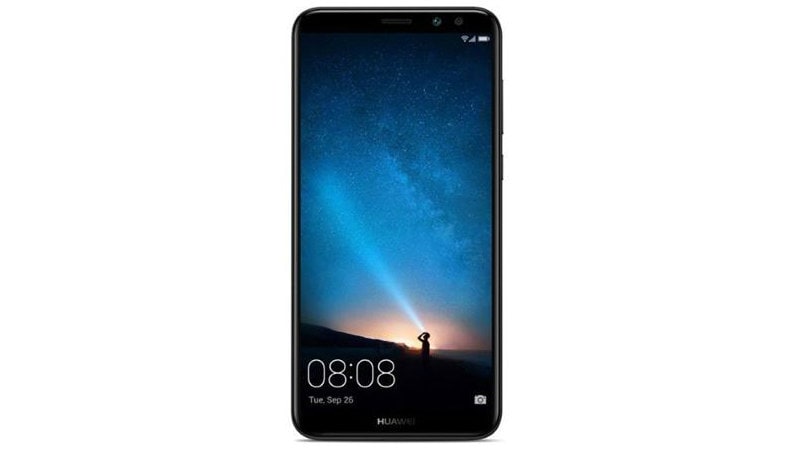 Honor 9i was launched in India a day after Google made its big hardware ecosystem play at the Pixel 2 event. The Honor 9i smartphone features four cameras and a 5.9-inch FullView display, which means that most of the front of the smartphone is just the display - a design that's been trending in 2017. It's priced Rs. 17,999, and will be available exclusively via Flipkart starting October 14. Honor 9i has an uncommon hardware feature is that it sports four cameras - two at the front and two at the back.

Honor 9i features a metal unibody design and its display resolution is 1080x2160 pixels. It has a screen to body ratio of 83 percent, which should appeal to fans of bezel-free screens on smartphones. It sports a 13-megapixel sensor accompanied by a 2-megapixel sensor for depth of field shots via the front camera. At the back, the smartphone has a 16-megapixel primary sensor along with a 2-megapixel secondary sensor. The smartphone is powered by an octa-core Kirin 659 processor, 4GB RAM, and 64GB storage. Honor 9i runs on Android 7.0 Nougat and has a 3340mAh battery.

Flipkart's Festive Dhamaka Days sale begins
Diwali is around the corner and that means big discounts are available across leading online stores right now. Amazon's Great Indian Festival sale began on Wednesday and Flipkart's Festive Dhamaka Days sale began on Thursday, right on cue. Gadgets such as the iPhone 8 64GB, iPad 9.7-inch 32GB, and Lenovo K8 Plus 32GB were among those discounted on day 1 of Flipkart's sale.

This Flipkart sale, the deals aren't as good as they were in last week's sales but that's not to say that all deals are bad. Our deals expert found products that are not usually discounted much such as gaming laptops available at a big discount, so keep your eyes peeled for great deals. Large appliances are among the most popular products people like to buy at a discount online, and Flipkart launched its own MarQ brand of large appliances. This label includes TVs, washing machines, and ACs.

Reliance Jio lags behind Airtel Internet speeds: OpenSignal
London-based wireless mapping firm OpenSignal has released a report which claims that Reliance Jio's 4G LTE speeds are among the worst in India at the moment. The report states that Airtel offered 9.15Mbps download speed, Vodafone offered 7.45Mbps, Idea 7.4Mbps, and Jio could only provide 5.81Mbps. This is based on data collected between June 1 and August 31, OpenSignal claims. An important disclaimer here is that Reliance Jio offers the widest 4G LTE coverage in India so the overall average download speed numbers for all other telcos are still behind Jio. This is because other telcos also offer 3G and 2G Internet.

Nokia 9 mockup image spotted
The upcoming Nokia 9 has been spotted in a mockup image and that hints at an edge-to-edge display. If that rumour is true, then we may soon enter an era where all smartphones feature edge-to-edge displays. This leak hints that the Nokia 9 may also feature a curved display. Based on older leaks, the Nokia 9's spec sheet might look something like this: two variants with 6GB and 8GB of RAM, 128GB storage, IP68 dust and water resistance. The smartphone could even feature an Iris scanner.

Meanwhile, Nokia 8 has received its first durable test that reveals the phone can take care of itself in tough conditions. YouTuber JerryRigEverything has put the Nokia 8 through a series of scratch, burn, and bend tests, and the smartphone doesn't disappoint with its performance. We suppose the good old Nokia build quality is still good enough.

UIDAI denies data breach reports
The Unique Identification Authority of India (UIDAI) on Wednesday denied there has been a security breach of its database after reports emerged claiming that the data of some 6,000 Indian businesses and government agencies was up for sale on the Internet. The reported breach "does not contain any confidential data of UIDAI and has not affected any services provided by the authority", said a statement from the UIDAI. With Aadhaar, the UIDAI has amassed a mountain of data on Indian citizens, and that makes it a big target for hackers. So far, UIDAI has remained steadfast in its claims that this data has not been breached and one can only hope that its claims are true.

Asus Zenfone Max price slashed in India
Asus  has cut the price of the ZenFone Max (ZC550KL) in India. The smartphone, which was available for Rs. 8,999, is now priced at Rs. 7,999. This is a pretty significant price cut and makes the smartphone a good option for the budget conscious. Asus ZenFone Max was launched in January 2016 and features 2GB RAM and 16GB inbuilt storage. The key feature of the ZenFone Max is its battery life, as it ships with a 5000mAh battery. The smartphone now ships with Android 6.0 Marshmallow, has a 13-megapixel rear camera and a 5-megapixel front camera.

'Made for Google' Programme Announced for Accessories; Moshi Unveils $45 USB Type-C to 3.5mm Adapter
How to Play Middle-earth: Shadow of War Without Micro-Transactions