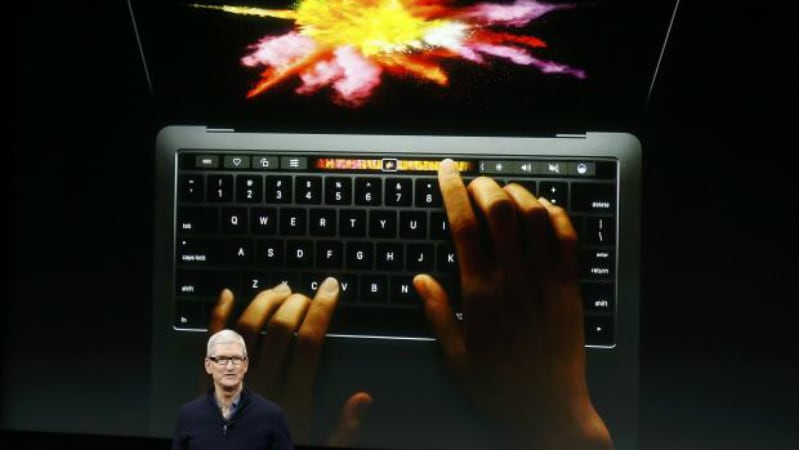 Today in the world of technology, Apple unveiled its MacBook Pro 2016 laptops, Samsung hinted at the key features of next year's Galaxy S8, and regional language support for mobile phones became mandatory in India. Read on for more top tech news of the day in your Daily 360.

Apple unveils MacBook Pro 2016 laptops with Touch Bar, fingerprint sensor
Apple has taken the covers off the 13-inch and 15-inch MacBook Pro 2016 laptops, which sport the Touch Bar multitouch control strip and Touch ID fingerprint sensor. The Touch Bar, which replaced the Fn keys on the keyboard, is context-sensitive, i.e. it can change function depending on the application being used. For example, it can show emojis, autocomplete word suggestions, image editing tools etc. With the launch of the new laptops, Apple killed off its entry-level 11-inch MacBook Air, non-Retina MacBook Pro as well as the MagSafe Port.

Samsung reveals key features of Galaxy S8
Samsung's Vice President for Mobile Communications, Lee Kyeong-tae, in an interview revealed key features of the company's next flagship smartphone, Galaxy S8. The upcoming smartphone will have a "slick design," "improved camera," and "an enhanced artificial intelligence service." The most interesting of the three is the nod to the AI service, which is likely to be powered by Viv Labs, the startup by the makers of Siri that Samsung acquired recently.

Government makes Indian language support on all phones mandatory
The government has mandated text reading support for all Indian languages as well as typing facility in English, Hindi and a regional language of the user's choice in all mobile phones to be sold in India from July 1, 2017 onward. The new rule applies to both smartphones and feature phones being sold in the country.

Smartphone shipments in India rise 23 percent
Smartphone shipments in India grew 23 percent annually in the third quarter of 2016 as compared to the global smartphone market which grew at five percent, market research firm Counterpoint Research said on Thursday. Further, eight out of every 10 LTE-capable smartphones were VoLTE-ready which is becoming a key feature from marketing perspective for OEMs and carriers, the report said. The top five smartphone brands in India, as per the report, right now are Samsung, Micromax, Lenovo, Lyf, and Xiaomi. Oppo and Vivo were big gainers this quarter, while Intex saw its share of the smartphone market slip.

Twitter is killing off Vine
A day after it announced that it will lay off 9 percent of its workforce, Twitter said it will discontinue its 6-second video-sharing service Vine. The company said the Vine website would stay live even after the mobile app is discontinued, giving users the chance to download and save any videos.

WhatsApp gets warning over sharing data with Facebook
WhatsApp has received a warning from European Union data protection authorities about its recent change in policy that allows the service to share users' phone numbers with its parent company Facebook. A spokeswoman for WhatsApp said the company was working with data protection authorities to address their questions. The EU watchdogs also wrote to Yahoo over the 2014 data breach that exposed the email credentials of 500 million users, as well as its scanning of customers' incoming emails for specific information provided by US intelligence officials.