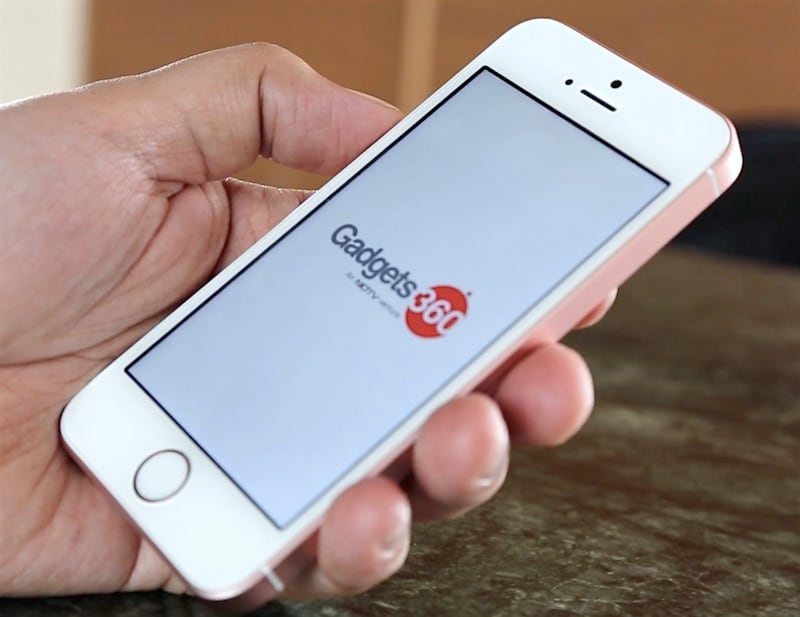 In order to further strengthen its mark in the India market, Apple has revealed it has finished assembling its first batch of iPhone units in India. Apple began its first trial run with the iPhone SE smartphone, and the handsets are said to have been assembled by its Taiwanese contractor Wistron Corp. The company confirmed that these assembled iPhone SE handsets will be shipped to Indian customers in this month itself.

Wistron has an assembling unit in the southern state of Karnataka, which is where the iPhone SE were assembled. According to the Indian law, Apple will need to source 30 percent of components locally, and will need to bring the price of the iPhone down as well. A report states that the government hopes that Apple eventually drops its price by $100 (roughly Rs. 6,800).

In other Apple news, the company is expected to phase out the existing iPad mini series due to low sales, and reportedly won’t update the line-up moving forward. This development comes at a time when the 10.5-inch iPad Pro is heavily rumoured to launch at WWDC next month.

For Samsung, IDC says that multiple launches in Q1 2017 including J2 series, C9, and A-series (2017 version) contributed over a million units. Xiaomi managed to retain second spot thanks to the Xiaomi Redmi Note 4 and Xiaomi Redmi 4A launches.

Nokia 9 flagship Android phone gets leaked in a video
While Nokia 3310 (2017) was launched in India on Tuesday, it seems like some high-end hardware from the brand has accidentally been leaked, which could point to the Nokia 9 and Nokia 8. The teaser video was posted on video sharing website Vimeo by a photographer who has previously worked with Nokia and now works with HMD, as pointed out in a report.

According to an earlier report, Nokia 9 will run Android 7.1.2 Nougat out-of-the-box and will sport a 5.5-inch QHD (1440x2560 pixels) OLED display. It is said to be powered by a Qualcomm Snapdragon 835 SoC coupled with 6GB RAM. The other smartphone, second from left (in the image at the top), could potentially be Nokia 8 which has been tipped to come with a 5.7-inch QHD (1440x2560 pixels), a 24-megapixel primary camera on the rear and a 12-megapixel front shooter for selfies.

777888999 hoax spreading on WhatsApp, Facebook
A new hoax message claiming calls from the phone number 777888999 can set your phone on fire is doing the rounds on WhatsApp and Facebook. Users on such social platforms are forwarding messages saying calls from the number will cause phones to blast if picked up, with some saying a lady will speak to the recipient and tell them it's their last call. However, this is clearly a hoax since there no logical way for a phone to catch on fire from a call. Moreover, the phone number only has nine digits, which will not work in India. Even if it were an international number, the call would be accompanied by a country code.

OnePlus 5 prototype image leak hints at dual rear camera setup
OnePlus 5, the successor to OnePlus 3T, is expected to launch this Summer, with the month of May being mostly about the upcoming flagship. A new OnePlus 5 image suggests that it is a prototype version of the smartphone. The image only reveals the back of the handset, which is perhaps the important aspect as the OnePlus 5 has been tipped to sport a dual rear camera setup. New information shared on Reddit suggests that the OnePlus 5 will feature a 16-megapixel camera with a Sony IMX398 sensor and 1.12-micron pixels.

Additionally, the Redditor has suggested that the OnePlus 5 will make use of the same camera module used by Oppo on the R9s. How this fits in the dual rear camera setup rumour, was not clarified.

Paytm payments bank operations to begin on May 23
After months of delay, Paytm is now set to commence its payments bank operations from May 23, having received the final approval from the Reserve Bank of India (RBI). The company will transfer its wallet business, which has over 218 million mobile wallet users, to the newly incorporated entity - PPBL - under the payments bank licence awarded to a resident Indian, Vijay Shekhar Sharma, the founder of One97 Communications that owns Paytm.

Moto E4, Moto E4 Plus renders, Samsung Galaxy J5 (2017) specs leaked
We have new leaks and images for upcoming smartphones from multiple companies and we begin with Lenovo. Prolific tipster Roland Quandt shared three press renders claiming to show the Moto E4, Moto E4 Plus, and Moto Z2 Play. Additionally, there are more details on the specifications of the unannounced Moto phones.

Samsung’s upcoming iterative updates for the Galaxy J5 (2016) and Galaxy J7 (2016) have been leaked in images. A site called Tweakers.net has published specifications of the Galaxy J5 (2017) and Galaxy J7 (2017), and have compared it with their predecessors as well. Both the smartphones are said to now sport a full metal body, run on the latest Android Nougat software, and come with fingerprint scanning support underneath the Home Button.

Huawei launched its Y3 (2017) smartphone earlier this week and on Wednesday, the company launched another smartphone in the series - 'Y7'. The new smartphone from Huawei notably houses a massive 4000mAh battery. The pricing and availability of the phone has not been announced by the company yet.

Finally, after launching the Meizu M5 in India, the company has now announced a Rs. 1,000 price cut for the smartphone. The price of the device at launch was Rs. 10,499, but it can now be grabbed from TatacCliq exclusively for Rs. 9,499.

Lenovo also launched its new Legion line of gaming laptops which includes the Legion Y520 and Legion Y720 laptops in the country on Wednesday, starting at Rs. 92,490 and Rs. 1,49,990 respectively. The company also announced that pre-booking on Flipkart includes a flat exchange offer discount of Rs. 20,000.