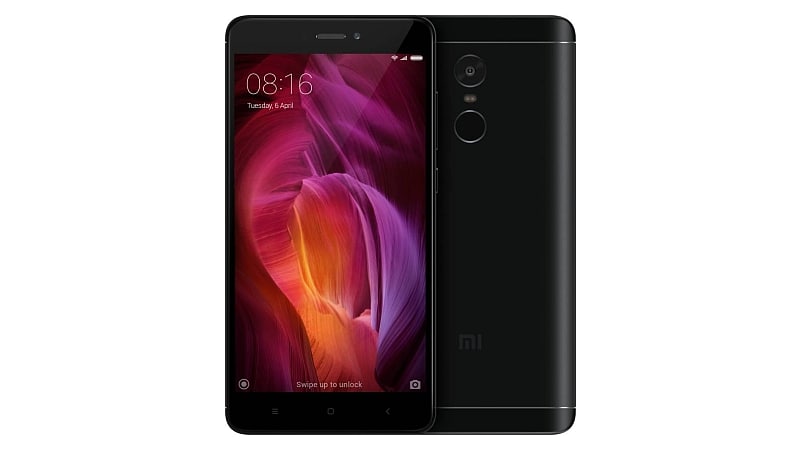 If you want to buy any gadget, now is probably the best time of the year. All ecommerce giants seem to be raining discounts down upon us, as we've seen from Flipkart Big Billion Days sale and the Amazon Great Indian Festival sale. From iPhone 7 and AirPods to Android phones and accessories, lots of popular gadgets have received phenomenal discounts.

The Flipkart sale put up some great deals on day 1, with gadgets such as iPhone 7 and AirPods being available at their lowest price yet. What's more, if you have cards from certain banks, you could get an extra 10 percent discount on these products. That makes these deals even sweeter. The Flipkart sale offers included big discounts on Samsung Galaxy S7, MacBook Air (2017), JBL soundbar, printers, and much more. On the other hand, Amazon also offered excellent deals on lots of popular gadgets on the first day of its sale. Some popular Amazon sale offers included iPhone 7, iPhone 7 Plus, MacBook Air, iPad (2017), Samsung TVs, and more.

Xiaomi products were also on sale on Flipkart and Amazon. The Redmi Note 4, which is among the company's most popular smartphones, is available at a discount of Rs. 2,000, bringing its price down to Rs. 10,999. The company is also offering discounts on a range of its products across all major ecommerce sites in India including Amazon, Flipkart, Tata Cliq, Paytm Mall, Mi.com, apart from Mi partner stores.

If you pre-order the smartphone, you can get Rs. 10,000 cashback via Citibank credit cards on iPhone 8 and iPhone 8 Plus. This means the effective price of iPhone 8 64GB will be Rs. 54,000, while iPhone 8 256GB will cost Rs. 67,000. Similarly, iPhone 8 Plus 64GB and 256GB will cost Rs. 63,000 and Rs. 76,000 respectively. There are even cashback offers for those who want to return the smartphone after a year, as long as you purchase the phone from Reliance Digital, Jio Store, or MyJio app. This amounts to 70 percent cashback.

In related news, the Moto E4 Plus Oxford Blue colour variant has been launched in India. Lenovo has launched the new colour variant with just one configuration - 3GB RAM and 32GB storage. The smartphone is currently available exclusively via Flipkart for Rs. 9,499. The Moto E4 Plus features a massive 5000mAh battery, a 5.5-inch HD display, a 1.3GHz quad-core MediaTek MTK6737 SoC paired with 3GB of RAM. Its storage can be expanded via microSD card (up to 128GB).

Nokia 8 launching in India soon
HMD Global's new flagship Nokia 8 will be launching in India very soon. The company has sent out invites for a launch in New Delhi on September 26 and the tagline on the invite hints at the ridiculously named "Bothie" feature of the Nokia 8. The smartphone could be viewed as a competitor to the Samsung Galaxy Note 8 and iPhone 8. But a lot will depend on the pricing of the device. It is priced at EUR 599 (approximately Rs. 45,000) so the India price will be around that mark. A variant of the Nokia 8 with 6GB RAM and 128GB storage has been spotted in the US and it is not clear if this will show up in India.

Google to buy part of HTC’s smartphone operations
Google is biting off a big piece of device manufacturer HTC for $1.1 billion (roughly Rs. 7,092 crores) to expand its efforts to build phones, speakers and other gadgets equipped with its arsenal of digital services. The deal shows how serious Google is about designing its own family of devices to compete against Apple and Amazon to become the technological hub of people’s lives.

Google's previous forays into hardware haven't been a success yet. It paid $12.5 billion for smartphone maker Motorola Mobility for $12.5 billion five years ago only to sell it off to Lenovo Group for less than $3 billion. In 2014, Google paid over $3 billion for home device maker Nest Labs and that hasn't made much money since the acquisition either. Google will be hoping the HTC deal will improve its fortunes on the hardware front.

Sony Xperia XA1 Plus launched in India
Sony has launched the Xperia XA1 Plus smartphone, which has a 23-megapixel camera, in India. This smartphone had been unveiled at IFA 2017 and now it is here in India. The XA1 Plus has been priced at Rs. 24,990 and it will be available from Friday, September 22. The dual-SIM Sony Xperia XA1 Plus runs Android 7.0 Nougat out-of-the-box. It packs a 5.5-inch full-HD display, a 64-bit octa-core MediaTek Helio P20 SoC, 4GB RAM and Mali T-880 MP2 GPU. Its rear camera is its highlight, and the front camera is an 8-megapixel wide angle shooter. The smartphone has a 32GB of inbuilt storage, which can be expanded via a microSD card (up to 256GB).

iPhone X final production delayed?
The iPhone X is set to be up for pre-orders starting October 27, with sales beginning from November 3, even in India. However, analyst Christopher Case claims that Apple has yet again faced production hurdles, and it may cause further delay in shipping of the iPhone X. The final production of iPhone X has not yet begun, and that it has been further pushed to mid-October. This would inadvertently affect the shipping dates.

iOS 11's Control Centre doesn't turn off Wi-Fi, Bluetooth
iOS 11 apparently doesn’t let you turn off Wi-Fi and Bluetooth completely from the control centre. As we noted on our podcast, turning these options off only disconnects from connected devices and networks, but Wi-Fi and and Bluetooth radios are still active in the background. It’s not a bug, Apple has consciously chosen to do this so users can continue to use AirDrop, AirPlay, Apple Pencil, Apple Watch, hotspot, and location services. Meanwhile, quite a few people are facing issues with Outlook.com and Exchange accounts on the iOS 11 Mail app. Apple has said it is working on a fix so sit tight.

Minecraft gets cross-platform play
Minecraft has received its Better Together update, the highlight feature of which is cross-platform play. This was first announced at E3 2017 and this means that people playing different versions of minecraft on platforms such as Windows 10, Xbox One, Xbox One X, VR, and mobile versions will be able to play together. You can even play the game on one platform and continue on another. The Nintendo Switch will be getting this update later this year. That leaves the elephant in the room - Sony. As of now, Sony has refused to add cross-platform play to Minecraft, probably because it requires Xbox Live and Sony doesn't want a competitor's service running on its hardware.